That’s a little confusing. Extreme Rules has come and gone and there were some interesting things to come out of the show. Several of these things involved titles, which are quite often the most important things on the show. When you get a good story going with one of them though, it can be rather interesting. That may have been the case on Sunday, but it was a little confusing.

The Women’s Title matches were some of the more interesting parts to the Extreme Rules build. With Bayley and Sasha Banks dominating the title scene, the question became could they complete their takeover of the women’s divisions with Sasha Banks winning the Raw Women’s Title at Extreme Rules. The show is now over and the answer to the question is….not entirely clear.

During the Raw Women’s Title match between Banks and Asuka, the referee was taken out by Asuka’s green mist. As a result, Bayley interfered and put on the referee’s shirt before counting the pin on Asuka. Banks’ music played, the bell rang and she left with the title, though it is not clear if the title change is official. There is no word on when we could be seeing a potential rematch.

This could be rather confusing. Check out how things went down:

Opinion: I’m not sure where this is going but you can almost guarantee that the title change won’t be standing. If nothing else, it will be nice to hear Bayley and Banks’ delusional ravings about having all of the titles, as the two of them are at their best when they are acting like the greatest things in the world. Odds are we get an update on this one in the near future, which should set up a rematch sooner rather than later.

What are you expecting from the title change? How will this play out? Let us know in the comments below. 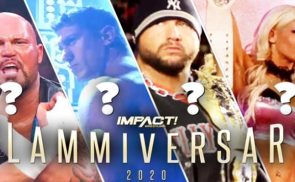 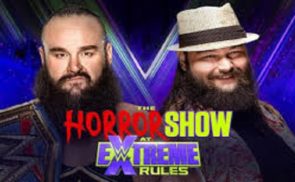