What could have been. The spread of the Coronavirus has changed all kinds of things about the wrestling world and that may be the case for the time being. WWE, AEW and the rest of the wrestling industry have been forced to take several months off from running live events in front of fans, which can cause a lot of problems for everyone involved. Now we know one more thing that might have been wiped out.

Tournaments are one of the easiest ways in the world to fill in a few weeks of wrestling programming. There is a reason that since the pandemic began, WWE, AEW, NXT and Impact Wrestling have all presented a tournament in one form or another. They make a lot of sense both in this kind of crisis, plus in regular time. That was almost on display before everything went haywire.

According to Wrestling Observer Live, WWE might have been bringing back the Mae Young Classic for a third year had the pandemic not spread. The tournament has been held at Full Sail University in 2017 and 2018. A 2019 edition had been announced for November of that year but never took place for unknown reasons. There is no word on if WWE had already signed anyone to participate in the tournament or if it is something that they will bring back once the situation has improved.

The tournaments produced some serious star power. Check out some of the highlights:

Opinion: I could see this taking place and that’s something that gives me hope that WWE might run the tournament in the future. It is something that seems to have an audience and can go a very long way in building up future stars for the division. Given that they seemed ready to do something only eight months ago, it seems possible to see the tournament return one day. 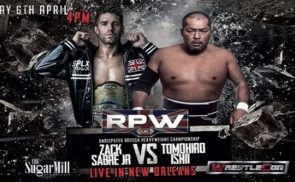 REVIEW: Rev Pro: New Orleans: From The Other Side