I’d call that a big get. The wrestling world has changed a lot in the last few years and there is a good chance that the changes are going to continue taking place. One of the biggest reasons has been the rise of AEW, which has shaken up the top of the wrestling world. WWE now has some well funded competition and a lot of that is due to the star power AEW has accumulated. One such star is about to make a surprising appearance.

If there is one thing you do not see very often from WWE, it is anything from another promotion. Outside of a few clips in a video package, it is pretty rare to see WWE reference any other promotion. That makes perfect sense, as WWE is the king of wrestling so why bother with anything else? It makes it all the more interesting to see it happen, but now we are going to see something pretty unique.

So this is happening. Check out a trailer for what is coming:

The WWE Network Twitter account has announced that AEW star and former World Champion Chris Jericho will appear on the next edition of Steve Austin’s Broken Skull Sessions. The interview will air on Peacock following the second night of WrestleMania 37 on April 11. This will be Jericho’s first WWE appearance since being announced as part of the AEW roster.

They have had some great matches before. Check out some of their showdowns and something that might be discussed: 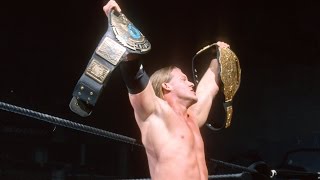 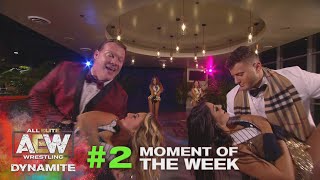 Opinion: This is one of those headlines that you never expect to actually see, but it certainly sounds interesting. If nothing else, it is going to be strange to hear Jericho’s name mentioned in WWE again. It would not surprise me to see Jericho back in WWE one day, if nothing else for a Hall of Fame induction, but it is still hard to imagine him doing anything with the company at the moment. Nice job on the surprise, and this should be fun.