Yeah you might have forgotten about the company but Impact Wrestling is back on pay per view with their biggest show of the year. The card has been built up as well as it can be, but that is kind of a firm limit. The show isn’t exactly jumping off the page at me, though Impact Wrestling has managed to surprise me before. Hopefully that is the case again so let’s get to it.

There is something so fun about the Rascalz. I have a good time watching them but their win/loss record could be a lot better. There is only so much you can do when you can’t consistently win and that has been a problem for them for a very long time now. Hopefully they can get a lot better, and there are only a few ways to do that. We might be seeing it here.

They have fought the best:

I’ll take the Rascalz, for the double reason of I like them and I can remember which one is which. The Deaners got a lot out of Wrestle House but they are still more of a gimmick tag team than anything else. Maybe they can become a bigger deal one day, because while they’re not terrible, they leave a lot to be desired. Give me the Rascalz in a fast paced match.

This is a tricky one as Shamrock is entering the Hall of Fame this weekend but probably shouldn’t be beating someone like Edwards, who was World Champion just a few months ago. Then again, Shamrock wins a good amount of matches that he probably shouldn’t be winning, meaning that this could be in play. Shamrock has been impressive enough in his return, but that might not be enough to beat Edwards.

The Hall Of Famer:

That being said, I’ll take Shamrock here, as Impact Wrestling REALLY likes honoring its legends, even though Edwards has been far more successful in the company than Shamrock. Edwards can absorb a loss far more easily than Shamrock, and if the idea is to make Shamrock a machine again, he shouldn’t be losing his first big match after the heel turn.

It’s your usual casserole of wrestlers who have nothing else going on (yes Tommy Dreamer is in there too) and the winner gets a title shot of their choice. The catch is that if Rhino or Heath win, Heath gets a contract and Rhino gets to keep his job. You can probably knock out a few of the options in a hurry, so at least it’s a little bit more limited of a field to pick through.

The mini version of the big one:

I’ll take Heath to win and go with the layup of the two of them going for the Tag Team Titles in the more feel good moment. It isn’t like most of the people involved have much of a story anyway and winning a ten person gauntlet match is only so difficult in the first place. Hopefully they don’t stay out there too long though, which is always a big danger in something like this. And go with the right winner of course, as in the person that I picked.

Blast it with these messy matches. The X-Division has actually been a division as of late and now we are getting another one of these big car crash matches for the sake of getting everyone involved rather than having one challenger for a change. Raju is a fine choice as the heel champion who escapes with the title that he doesn’t really deserve and that is a good role to have in a match like this. There are a lot of ways this could go and that could make for something interesting.

I’ll take….eh give me Bey to get the title back here, if nothing else because I’ve liked a lot of what I’ve seen from him. Odds are Raju winds up retaining the title and escaping again, but that’s a bit of a traditional pick and Impact Wrestling likes to mix things up a bit. I’m not sure if that is what they are going to do here, but it really could go a lot of ways and that is a good thing.

So EC3 was the big surprise at the end of Slammiversary and he has set his sights on Moose. Now why did he do that? Honestly I’m not sure that I know as he has been going on and on about controlling your narrative…and I don’t know if I quite understand what the heck he is talking about. I know he wants to get rid of the TNA World Title to change his legacy or something, but that’s about as far as I can go.

Run that by me again:

The only other place I can go is to the place where EC3 wins the title, as he should here. There is no reason to have Moose retain here, though I’m not sure what else to expect from the match. It is going to take place in an undisclosed location and I wouldn’t be shocked to see this as a cinematic match, because we haven’t had one around here in awhile. Just have it regular please. Is that so much to ask?

The Good Brothers have become the biggest stars in the company almost by default and now all they need is the gold. They showed up announced at Slammiversary and were instantly treated as some of the most important people in the company, overshadowing the entire tag team division in a hurry. They don’t need the titles, but it doesn’t exactly do the titles much good for the Good Brothers to not have them.

That’s a lot of people:

Actually I’ll go with the instinct and pick Austin and Fulton to win, with the Good Brothers hunting them down for the regular title match later on rather than winning the four way here. This has gotten most of the recent main event slots and while it isn’t (or at least shouldn’t) main event the show, it is going to be one of the more important matches on the card. Odds are the Good Brothers win, but I feel like a gamble.

This feels like it was supposed to take place months ago but then the Wrestle house deal slowed everything down. Rae has become one of the perkiest stars the company has seen in years while Purrazzo is more of an assassin who can rip anyone apart whenever she feels like it. That being said, when your opponent has a move called Smile To The Finish, it’s hard to cheer against them. Throw in the fact that Rae is more innocent than the Easter Bunny and it’s hard to argue against her.

It took a long time to get here:

I’ll take Purrazzo to win here and crush everyone’s dreams, as she just hasn’t held the title long enough to lose it yet. Rae is someone who could smile her way through anything and it seems like she could be back in the title scene down the line without much effort. Maybe she takes it from Purrazzo one day, but I really don’t think it is going to happen on Saturday night.

And then there’s this, which does not feel like a main event of the biggest show of the year no matter how revered the company wants to make it sound. This feels like it should be for the X-Division Title halfway through the show rather than (probably) headlining everything. Swann came back from a long injury at Slammiversary and eliminated Young from the World Title match, only to have Young take out the knee. Now Swann is back for revenge and the title.

Swann has to win here right? I can’t imagine that Impact Wrestling would go with Young as a long term champion, but then again I can’t believe that we’re seeing him as the champion again in the second place. I’ve liked Swann for a long time now and hopefully he is back to his old self. He should win the title here, though I’m not sure if he is ready for that point. Then again, it’s not like the title feels all that important most of the time anyway.

I’ve thought this for a good while now but this show has been surpassed by Slammiversary as the most important of the year. I know Bound For Glory gets all of the attention and that’s perfectly fine, but this really doesn’t feel like the big showcase event. I’m sure the matches and action will be good as Impact Wrestling almost always delivers when they focus on their in-ring product, but I can’t really bring myself to get overly interested in the show. 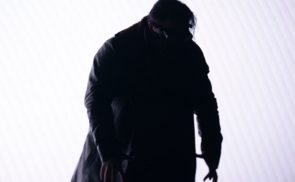