It’s not the brightest sign. There are a lot of creative people involved in WWE but ultimately, there are times where it just does not work out for some reason. A wrestler can be on fire but if they are not used on television, that momentum can be gone in a hurry. It is kind of a shame at times but it has happened to all kinds of wrestlers over the years. It seems to be happening again in a double shot this time.

The WWE Draft saw several major changes take place but the biggest of them all was the New Day being split up. Depending on who you ask, this was something that was either far too soon or long overdue but one way or another, this is where we are. The idea had been to push Big E. as a singles wrestler, but that has not exactly been the case so far. It is not a great sign for his future and he isn’t even the only person in the same situation.

According to the Wrestling Observer Newsletter, Big E. and Chad Gable were not featured on television last week because WWE did not have anything for them to do. Big E. has not been featured regularly since the Draft but has made some cameo appearances, as was the case this week on SmackDown. Gable dropped his Shorty G. name in a segment on the October 23 edition. He has not been seen since and did not appear on this week’s SmackDown.

Both of them have some obvious talent. Check out what the two of them can do:

Opinion: I’m not sure what to think of this but it continues to be one of the same problems that WWE almost always has: a lack of long term focus. I don’t know if this is because WWE keeps changing ideas due to Vince McMahon vetoing everything at the last minute or if they just do not have a better idea, but they might want to follow up with some of these people already, because it can get annoying to have them do something and then just stop. Get this stuff together.

What do you think of both of them? What will both of them do next? Let us know in the comments below. 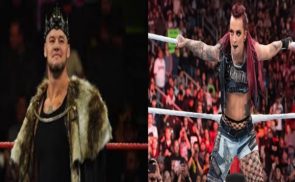 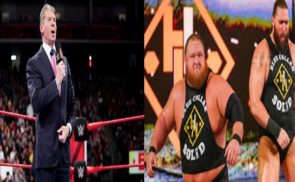