That’s one of the good parts. The Wednesday Night Wars have turned into a rather entertaining part of the wrestling week and that is something that has been needed for a long time now. WWE has dominated the wrestling industry for such a long time now that it is almost hard to fathom the idea that someone could give them a challenge. AEW is not quite there yet, but they have made WWE do something important.

One of the more interesting things that AEW has done over the course of its existence has been the way they present AEW Dark. Instead of a more traditional show, Dark is presented a bit more like an old school show, with a variety of less than competitive matches between established names and a batch of up and comers. Those up and comers are very talented in their own right and they have gotten some attention of their own.

According to Fightful Select, WWE is interested in a selection of wrestlers who regularly appear on AEW Dark. There is no word on which wrestlers they are or how many have caught WWE’s eyes. WWE had been interested in Anthony Bowens, who was signed to AEW but seems to have signed Ben Carter, who first became noticed while appearing on Dark and Late Night Dynamite.

Dark has some hidden gems. Check out what has been going on with the show:

Opinion: I can’t say I’m overly surprised here and that’s a good thing. Above all else, Dark has been the kind of a place to showcase some wrestlers who have not been given the spotlight before. That being said, I’m not sure how effective it is if AEW is paying the wrestlers to appear and then they are going over to NXT. WWE has more places to present these wrestlers and that can be very appealing, which seems to have already been the case at least once.

Who has impressed you on Dark? Who will wind up in WWE? Let us know in the comments below. 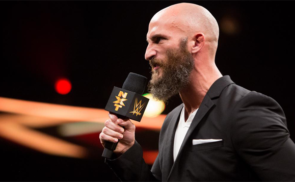