They aren’t done yet. There are a lot of things going on in the wrestling world today and one of the more fascinating places has been NXT. The promotion is of course the official developmental program of WWE but at the same time they are their own stand alone television show as well. That makes things a little more complicated, but some of their stars are doing some very good things. One such thing took place this week.

One of the problems that NXT has been dealing with is a lack of star power. There are only so many top names available in the promotion and its champion, Finn Balor, is still recovering from a broken jaw. However, there are still some big names who are able to step up and fill in the gap just a bit. That was on display after last night’s television show in an impressive way.

He’s really good at this. Check out what happened after NXT:

WWE has released a video of a speech from Tommaso Ciampa after he defeated Velveteen during the main event of this week’s NXT. Ciampa spoke about how much NXT has missed the fans and the energy that they offer. He also brought up all of the hatred and anger in the world and country today and said that wrestling is the kind of thing that can start making things better. This came after NXT began allowing fans to come back and promised that things would be getting back to normal sooner rather than later.

Opinion: Now that was a heck of a speech and made me want to watch more NXT. One of the best things that made NXT feel special was the passion and the energy they brought to every show. The fans being back is going to make all the difference in the world as they offer such a special feeling to everything about the show. Ciampa is an absolute star as well and is one of the only people who could make a speech like that.

What did you think of the promo? Who are NXT’s top stars? Let us know in the comments below. 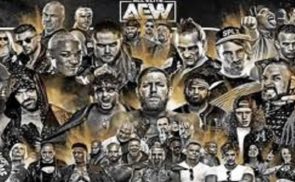