That’s one reason to go. WWE is in a state of upheaval as of late with all kinds of wrestlers leaving the company. This was never more true than on April 15 when dozens of people were let go in one way or another. That makes for some strange situations but it is not the only reason for some wrestlers to leave. Another was gone after this week’s SmackDown, albeit for a different reason.

On Saturday, news broke that Drew Gulak was gone from WWE. This came less than a day after he wrestled Daniel Bryan in a first round match in the Intercontinental Title tournament. Gulak had been regularly featured on television for weeks now and it was a surprise to see that he was gone. It was fairly clear that there was something else going on and now we know what the reason was.

According to Wrestling Observer Radio Gulak had been in negotiations for a new contract with WWE but had requested a raise. WWE was not willing to pay him any more money and all of the negotiations that the two sides had gone through were dropped. Gulak last wrestled on this week’s SmackDown and since his contract expired, he does not have a no-compete clause. Therefore, he can wrestle anywhere anytime he chooses.

He left in a hurry. Check out what Gulak had been doing lately:

Opinion: This is something that makes sense from both sides. Gulak has been doing more for WWE and at a higher level so it makes sense for him to want more money as a result. At the same time, WWE has been trying to cut costs as fast as they can and someone like Gulak, who while talented is hardly a top name, isn’t likely to be high up on their list of priorities. Maybe he’ll wind up back in the company, but he has raised his stock in recent weeks if nothing else.

Where will Gulak wind up? How did he do with his WWE push? Let us know in the comments below. 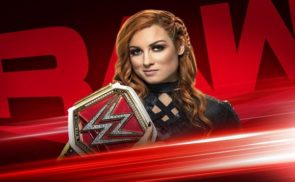 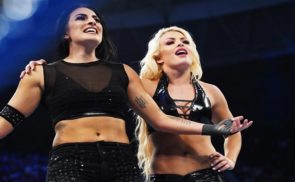