We’re still on the way towards….whenever the next Cruiserweight Title match is going to be as Drew Gulak seems ready to get another shot at Cedric Alexander. Last week’s main event saw Lucha House Party defeat Buddy Murphy and Tony Nese, but we could still get a thing or two more out of the feud, especially since Kalisto got involved at the end. Let’s get to it.

Drake Maverick gives us the recap/preview.

Before the match, Kendrick and Brian Gallagher rip on Toronto a bit for being a secondary Commonwealth city. In addition to that, Tozawa doesn’t know his place and needs to learn to keep his mouth shut. Tonight, Tozawa is taking the beating that he deserves. Kendrick bails to the floor to start so Tozawa dives onto both he and Gallagher. Back in and the hard kick to the chest sets up the screaming backsplash as Kendrick is in big trouble early on. Gallagher offers a distraction though and Kendrick knocks Tozawa out to the floor.

They head back inside with Kendrick nailing a butterfly suplex and slapping on a chinlock. The Captain’s Hook doesn’t work and Tozawa snaps off a hurricanrana. It’s too early for the top rope backsplash so Tozawa goes with the suicide headbutt instead. Back in and the extra aggressive Tozawa wraps the leg around the post before a Saito suplex knocks Kendrick silly. Three straight corner dropkicks to the knee set up a missile dropkick and the top rope backsplash finishes Kendrick at 6:15. 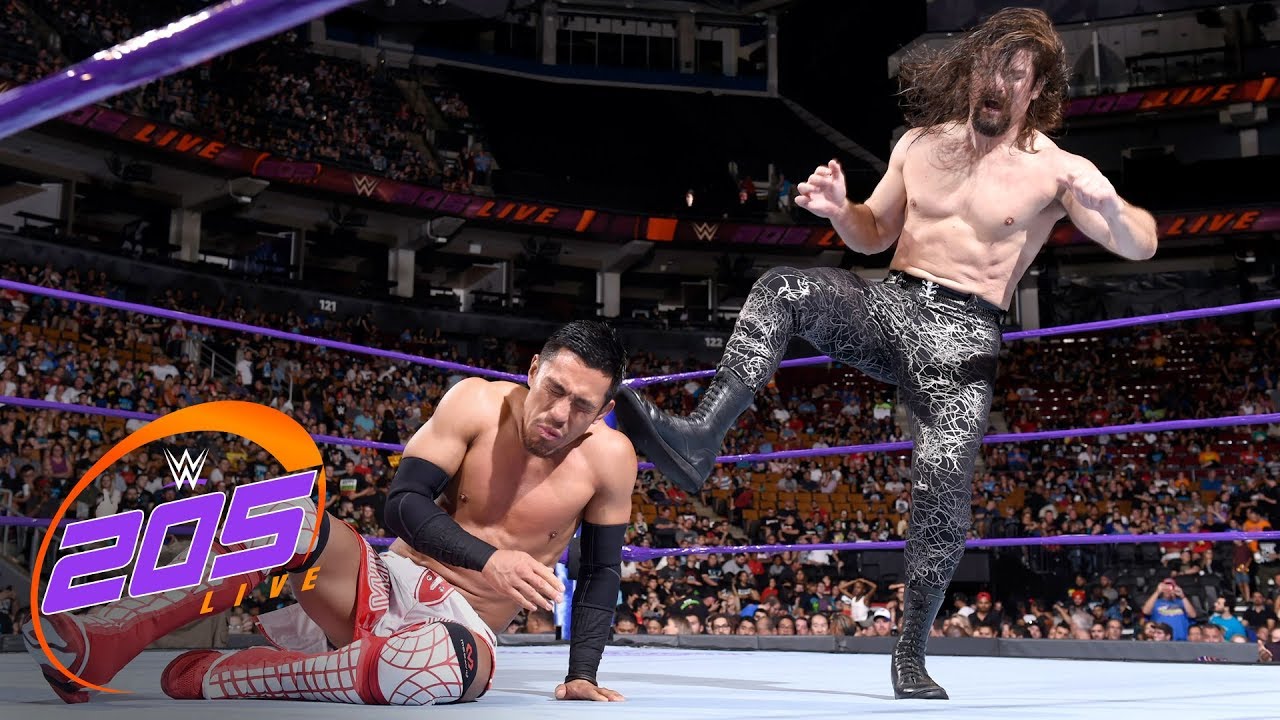 We look back at Buddy Murphy costing Kalisto a match against Buddy Murphy. Last week, Kalisto made up for it by costing Murphy the fall in the tornado tag.

Murphy and Nese are ready to get rid of Kalisto and the Lucha House Party.

Before the match, Itami talks about feeling bad over Mustafa Ali. He should have hurt Ali even worse a few weeks ago. Itami hammers away in the corner as Vic name drops Hulk Hogan being at his debut press conference. Some kicks put Blaise down and some shots to the back have him in even more trouble. A Falcon Arrow gets two as Itami pulls him up. That GTS thing gets the same but Itami would rather hit the running corner dropkicks. Before he can hit the third, here’s Ali to interrupt. That’s enough for Itami, who bails into the crowd for the no contest at 3:50.

Result: Hideo Itami vs. Michael Blaise went to a no contest when Itami walked out (3:50) 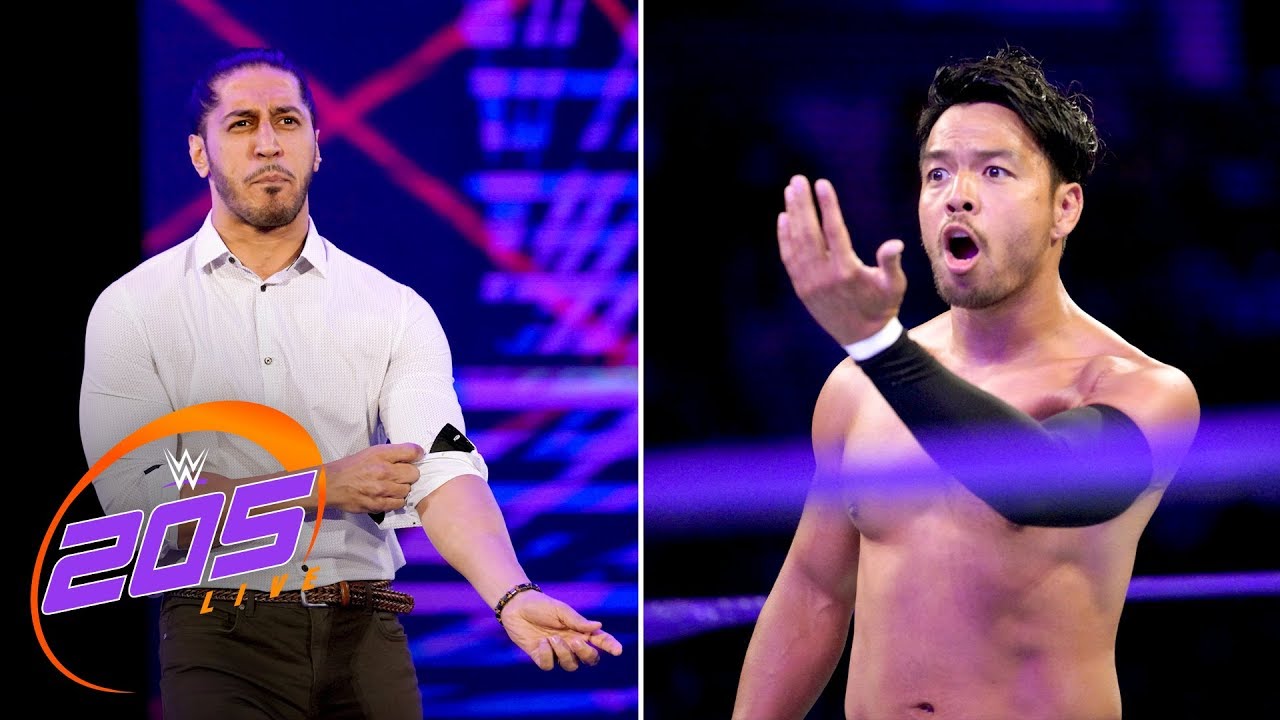 We recap Drew Gulak wanting a rematch with Cedric Alexander but running off when Alexander showed up.

Alexander says Gulak was a hypocrite last week but next week, he’ll be waiting in the middle of the ring for Gulak to come finish things.

Tony Nese, Lince Dorado and Gran Metalik are at ringside. Murphy wastes no time in throwing Kalisto down and the fans are behind him here. Back up and Kalisto does the pose but makes the mistake of trying a test of strength. Of course he’s powered down with ease so it’s time for some nipups. Kalisto finally gets smart by walking the ropes, setting up a hurricanrana to take Murphy down for the first time. Nese blocks a dive though and the noisemakers are already out.

The rescheduled dive takes the two of them out instead so everyone tries to come inside. The distraction lets Murphy hit Kalisto in the back to take over as things settle back down. Back in and another hurricanrana is countered so Kalisto tries a suicide dive….which is caught and reversed into a suplex. Another skirmish on the floor gets the House Party ejected while Nese is allowed to stay.

Murphy takes him back inside but misses a kick to the back. Kalisto slaps on a sleeper but Murphy powers out again, this time hitting Kalisto in the face for two. Nese tries a grab of the ankle and that’s enough to get him tossed as well. Things settle down and it’s Kalisto hitting a springboard seated senton and kicking away, followed by the reverse hurricanrana. The hurricanrana driver has both guys down and the referee has a quick chat with them. Murphy blocks the Salida Del Sol but gets his head kicked off to give Kalisto two.

They head to the apron and Kalisto gets launched hard into the announcers’ table for the loud crash. Murphy would rather send him into the barricade over and over than go for a pin but he’s smart enough to break the count. Kalisto tries a springboard (minus the spring) off the barricade, only to get kneed out of the air.

Now Murphy is willing to take the countout but Kalisto taunts him right back out. A monkey flip puts Murphy in the timekeeper’s area for nine but Kalisto catches him with another hurricanrana driver for another two. Murphy hits a helicopter bomb for two and we have a rare 205 chant. Murphy’s Law is reversed but Murphy knees him in the head again, followed by Murphy’s Law for the pin at 16:45. 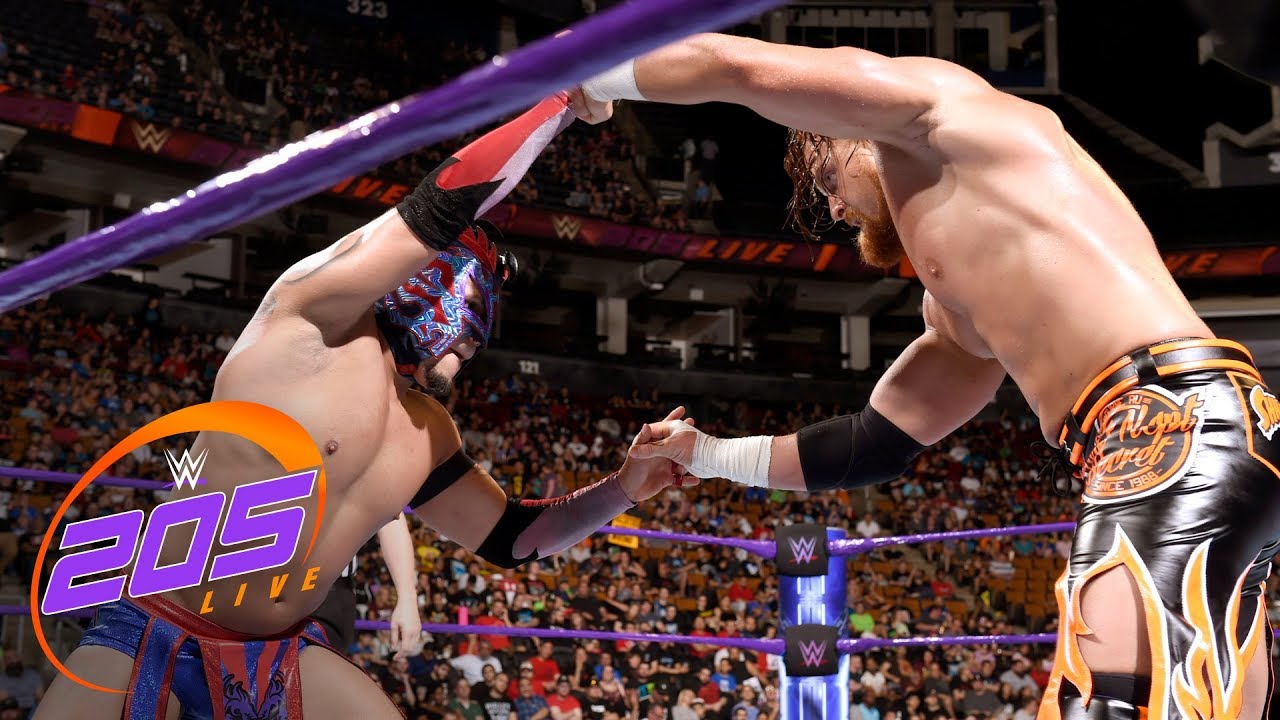 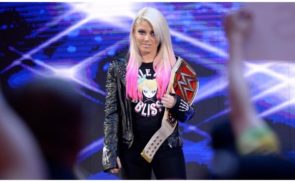 So You Want To Wrestle With Alexa Bliss? 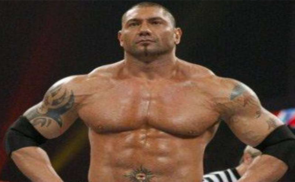