LISTEN: Mark Henry Sounds Off on the Lio Rush Situation in WWE

Lio Rush’s problems with WWE have become a red-hot topic of conversation on social media. The Superstar is currently on the company’s sidelines, due to his belief that he’s not been used in the right way. Rush feels that he should be higher on the card and that he should not have to be subservient to the veteran stars around him.

For Rush, it’s not about paying dues. It’s about getting the same respect that everyone in Vince McMahon’s company deserves. Lio apparently does not believe he’s receiving that respect and he’s also upset over having to pay for things like car rentals and hotels, while on the road with WWE.

It’s at this point that many New Japan Pro Wrestling fans are undoubtedly shaking their heads. That’s because of the Young Lion, or young boy, system that exists in Japan, in which aspiring wrestlers must begin on the ground level and work their way up. Brand new stars are not created overnight thanks to a massive storyline team. These men must work hard to prove they want a spot and in the process of doing so, they must also be willing to show true respect to their veteran leaders. 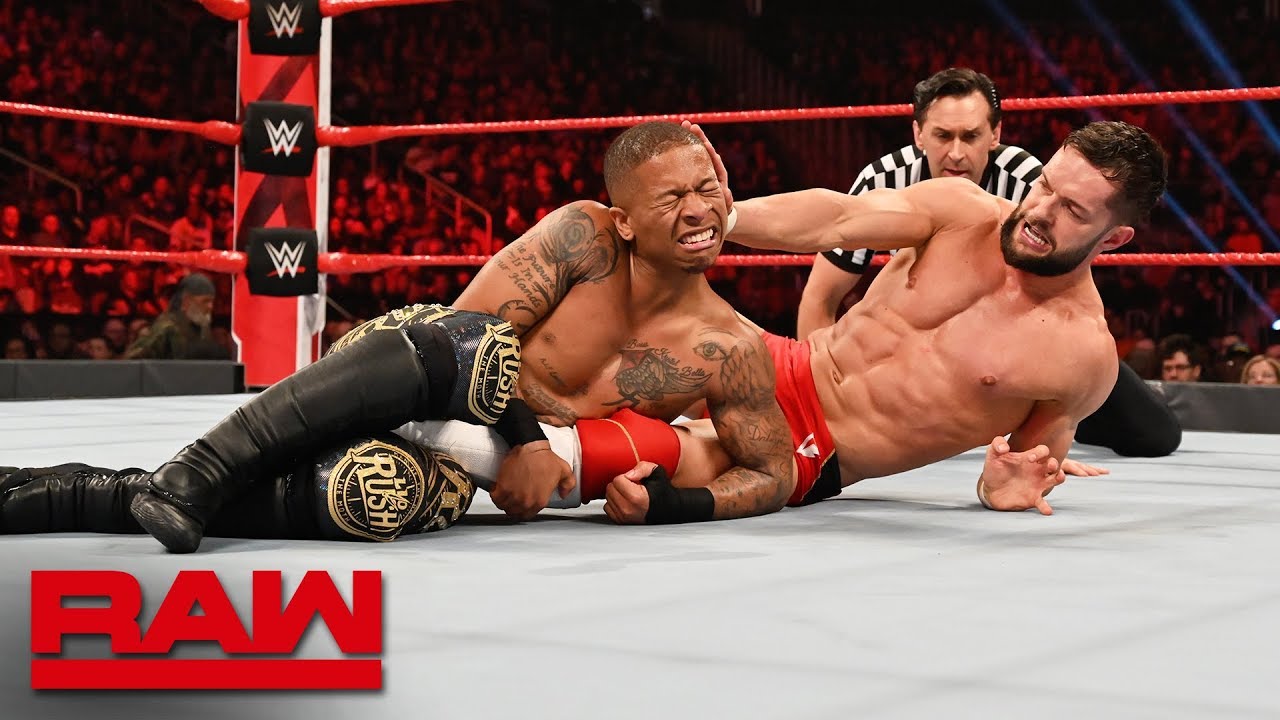 Young boys do laundry, they cook, they serve and they carry. It’s an accepted custom in New Japan. The leaders of that company realized a long time ago that staying humble and respectful are key when building a strong foundation. Indeed, the foundation of New Japan itself is much stronger than other pro wrestling companies, because of this system.

But Japanese wrestlers aren’t the only ones who believe in showing respect and learning humility. WWE Hall of Famer and former World champion Mark Henry, has made his feelings known on the Lio Rush situation. The World’s Strongest Man is not happy with anything he’s hearing from Bobby Lashley’s hype man and he blasted Rush during an episode of Sirius XM’s Busted Open.

One of the first complaints Mark addressed was Rush’s claim that he didn’t have the means to pay for expenses while on the road.

“If you’re walking around and you cannot pay for a rental car, you can’t pay for a hotel, with the money that you make every week? Then you need to change the way you’re spending. You can’t blame that on the office. If you spend everything before you got it, that’s your problem.”

But ultimately, it’s Lio’s apparent lack of respect that Mark Henry is the most upset about.

“What Lio is doing is nothing different than what I did. He’s getting off very easily. Because in my day, they would have said ‘hey Lio, Bobby should never drive. You should take his bags to the car. When he comes back from his match, you should have a bottle of water there for him when he walks back through the curtain.’ Yokozuna was my responsibility!” 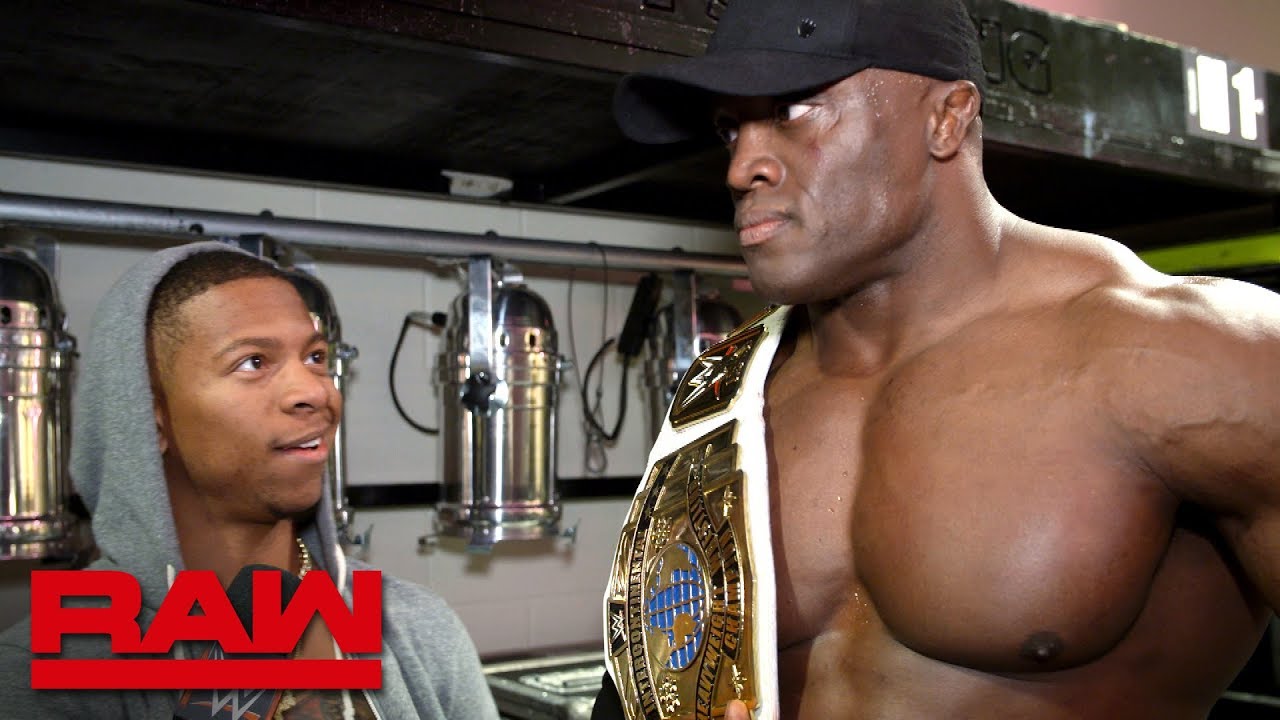 But the most interesting point of Mark’s commentary revolved around Chris Jericho. Henry revealed that even Y2J, who is considered a modern day legend in the industry, was not above paying respect, even after he was already a star in the business.

“I remember Jericho. There was nothing bigger than when Jericho came to the WWE from WCW. I remember walking back from my match and his match was after mine. He had three bottles of water; one for him, one for the guy that he wrestled and one for the referee. It’s Chris Jericho! You better than Chris Jericho?! Get the h**l outta here with that!”

For Mark Henry, this situation is most likely leading to Lio Rush’s exit from WWE. The World’s Strongest Man believes that Rush will either “go somewhere, or the company’s going to say ‘good luck to you in your future endeavors.’”

So what is the truth in this story? Is Lio Rush justified in his belief that he’s been treated unfairly? Or is he simply overreacting to treatment that every rising star has received on the way up the ladder?

"It's not a race issue. It's an ego issue."@TheMarkHenry reveals exclusively on @BustedOpenRadio that he tried to help Lio Rush diffuse backstage issues at WWE and that rookie responsibilities are about respecting the business. pic.twitter.com/PRYW9PjuO0

Is it possible that Mark Henry is off base with his rebuttal? After all, this is not The Attitude Era. Lio is coming up during a much different time in WWE and its one that the company has perhaps never experienced before. Many of the backstage veterans are gone and the same is true of ring veterans as well.

The veterans that are left may not be stepping up to show the way and the company may not even be allowing that to happen. Is it possible that WWE is not creating a traditional pro wrestling environment in which men and women are taught humility and respect? Or has the time for those traditions come and gone in the pro wrestling business?

The fact is that unless other current WWE Superstars come forward and echo Lio Rush’s sentiments, then there’s really no way for fans to know what the truth is. At this point, the WWE faithful are merely playing a guessing game. But for guys like Mark Henry, who have already been there, no guessing game is required. Mark is certain that Lio is at least partly to blame for this current situation.

To make matters worse, Henry says he even pulled Lio aside and asked him if everything was okay. Henry heard rumors before Rush’s issues with WWE became public and Mark decided to go straight to the source. But Lio denied any problems existed, leading Mark to believe that Rush had blatantly lied to him.

The fact is this is Lio Rush’s career, not Mark Henry’s and fans surely understand that. It’s entirely possible that there’s more to this story than meets the eye. If so, then the buzz around Lio and WWE, may have only just begun. 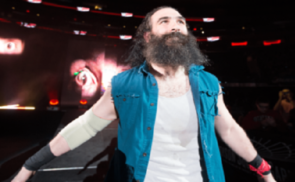