Jon Moxley will defend the AEW World Championship against Lance Archer on the anniversary edition of Dynamite on Wednesday, October 14. Archer became the No.1 Contender after winning the Casino Battle Royale at September 5’s All Out pay-per-view.

At nearly 200 days, Moxley is the longest reigning AEW World champion in the company’s short history. His title win in 2019 set him on the path of dominance at the main event level and he’s been riding high against every challenger that’s come his way. But will he make it past The Murderhawk Monster on October 14?

This match is one that was bound to happen at some point. Archer has been booked as a top star since his AEW debut on March 11, 2020. Archer rode the wave of momentum he had from New Japan Pro Wrestling and used it to establish himself in Tony Khan’s company.

Lance’s work in NJPW caught the attention of longtime fans who followed Archer’s career over the years and those fans were thrilled to see him finally get a real shot at stardom. He was used as a top talent in Japan toward the end of his run with the promotion and it was clear that he was ready for the next step.

That next step came with AEW of course, where Lance is now in a prime spot to win the platinum prize. He’s one of the best big men in the company and now he gets a chance to shine in the main event against AEW’s top guy. But that top guy will not be a pushover for Archer. 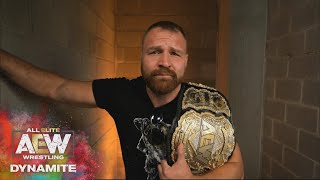 Jon Moxley has been booked as the resilient, rebellious, hard-fighting champion who never backs down from a challenge. Every time Jon cuts a promo, he gets straight to the point and every time he promises a victory, he delivers. It’s the main reason why Mox is so highly regarded by AEW fans, because not only do they respect his work, they also respect his word.

Moxley’s recent promo on Lance Archer has set the stage for the match between them. Mox is confident as always and he’s fearless as usual. But considering that his character has faced every contender like a man and won, there’s no reason why Jon shouldn’t be convinced that he will once again come out on top. But will that happen?

Moxley is only the second man to hold the AEW World Championship, behind Chris Jericho. Jericho  was the smarmy, cocky heel who had the benefit of The Inner Circle protecting him during his title run. Like any heel champion, Jericho was chased by the top babyfaces, who fought to dethrone him and bring the title to the fans.

Even though Jon Moxley could easily work heel whenever he wants to, the truth is that his gimmick definitely makes him a face in AEW. He’s the people’s champion, the guy that doesn’t run from a fight, but stands his ground. He and Jericho could not be more different but that’s  obviously thanks in large part to how their title runs have been booked. 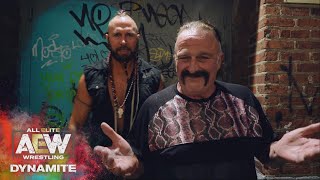 So is AEW ready to return to a heel as the World champion? Lance Archer would of course not be the cocky heel that runs from competition. With WWE Hall of Famer Jake The Snake Roberts by his side, Archer is more dangerous than ever and he is not the kind of guy to turn his back to any opposition.

Then there’s the fact that he and Mox have already faced off for a championship. The two men stepped into New Japan’s Wrestle Kingdom on January 4 2020 and waged war in a Texas Death Match. Mox won that match to become the new IWGP United States champion. It’s a title that he still owns, but one he has not defended thanks to travel restrictions during the pandemic.

That bout will probably not be mentioned on AEW television, but it is a good indication of how the match between the two men will go on October 14. Anytime Moxley works a match, he takes the fight outside of the ring and it’s an environment that Archer is very familiar with. Their AEW title match should be a wild one and if the company decides to go with Archer, then Moxley will find himself fighting to get his belt back.

There’s been no indication that Jon is looking for any sort of time off and there’s been no word on his health status. It’s safe to assume that he’s feeling good and doesn’t want to take a break. But that doesn’t mean that he won’t drop the championship to Archer. If he does, Mox always has his IWGP United States Championship to defend. 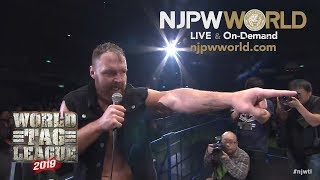 Kenta is the new No. 1 Contender to that title and he’s been calling Mox out on New Japan programming. The biggest obstacle here is that a match between the two men seems impossible right now, unless Jon can get to Japan for an event. New Japan is running a weekly show called NJPW Strong, which is held in the states, but Moxley cannot appear on TV in America unless it’s for AEW.

So unless a deal is reached between the two companies for Jon’s title defense, then his AEW World Championship match with Archer is truly unpredictable. Jon could retain the title but if that happens, what is Archer’s next move? The Murderhawk Monster has already lost a high profile TNT Championship match against Cody. If he loses against Mox, will that hurt his credibility?

The fact is that Jon Moxley has done a fine job as the AEW World champion and there doesn’t seem to be any reason to take the belt from him now. But it’s clear that AEW has plans for Lance Archer and a title win for him now may be exactly the kind of momentum that the company wants for him. No matter what happens, the fans are sure to get a highly entertaining match between Moxley and Archer on October 14. What happens after that is anyone’s guess. 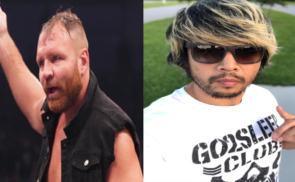