That didn’t take long. SmackDown has gotten a lot better in a short amount of time and the fans seem to be responding to the changes that they have been making. The show still has a long way to go, but they have some intriguing storylines that have caught the fans’ attention. One of them has been set up for a long time now and will be taking another step forward next week.

Last week on SmackDown, Bayley and Sasha Banks failed in their attempt to regain the Women’s Tag Team Titles. Banks was injured during the match and as she was being tended to, Bayley turned on her and injured Banks even worse. This included a bad knee injury and Bayley Pillmaniazing Banks’ neck. That would seem to put someone out for a long time, but it might not be as long as you would expect.

According to Wrestlingnews.co, FOX has been airing commercials advertising Banks returning to SmackDown on next week’s show. The ads say that she will be addressing the situation with Bayley after last week’s attack. It is not clear when Banks and Bayley will be having their first match, as Nikki Cross earned the next shot at Bayley’s SmackDown Women’s Title on this week’s show.

She is going to have something to talk about. Check out the big breakup:

Opinion: That’s rather soon, but I can get the idea of striking while the iron is hot. You might not want to allow the chance for the story to cool off, and there is another pay per view coming next month where the match could take place. I would think that these two have enough juice to make it to the Cell in October, but things are so all over the place at the moment that it could go in a few different ways.

What do you expect from Banks? When will they meet in the ring? Let us know in the comments below. 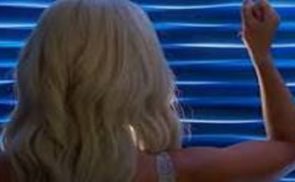 Fans Have Figured Out The SmackDown Mystery Woman 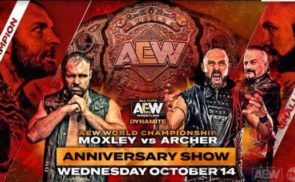