This is how you make the best of a bad situation. WWE has posted a new video to its YouTube channel in which they show the full Universal Championship TLC match between Roman Reigns and Kevin Owens from TLC 2020. This match took place during the Thunderdome Era.

KO was more than ready for Jey Uso to insert himself into the equation, too. He met Uso with a superkick as soon as he darted into the ring, and Owens didn’t stop there, wedging Jey’s left foot in a steel chair and stomping on it.

Essentially finding himself in a Handicap Match, Owens planted Reigns with a Stunner before seeking to eliminate Jey, slamming him through the announce table with a Pop-up Powerbomb. From there, Owens came within fingertips of grabbing the Universal Title until Reigns fought him off the ladder and drove him through another with a big-time powerbomb.

Far from satisfied, Reigns poured it on further, smashing Owens through a table with a Samoan drop. But Owens somehow summoned the power to crawl into the ring and stop Reigns’ ascent toward the title.

Seemingly disgusted with Owens’ refusal to quit, Reigns told him he was embarrassing his family, only to be met with a defiant slap before Reigns drove KO through a table with a huge Spear.

The Big Dog looked for another Spear on the outside, but it was evaded by Owens, leaving Reigns to destroy the barricade instead.

Uso was once again a thorn in Owens’ side, stopping his ensuing climb up the ladder two more times. KO seemingly put Jey away for good with a Stunner, only to be caught with a low blow by Reigns after scaling the ladder.

Passing Owens out with the Guillotine, Reigns finally had the space he needed to retrieve the Universal Championship, reaffirming his status as The Head of the Table.

The Thunderdome Era was difficult for both the performers and the fans of professional wrestling, but it didn’t stop two of the best in the world from delivering an outstanding performance. This match was physical, told an incredible story and fired on every cylinder in terms of intensity and creativity. I loved it! 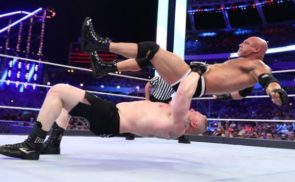 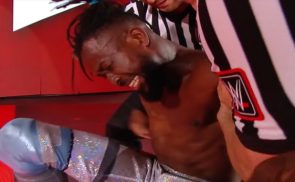