Well that was fast. There are a lot of characters in the wrestling world at any given time and all of them have a character of some sort. Some of these characters are more recognizable than others while some might seem to be repeats of previous ideas. That seems to be the case with a recent debut, but things might already be changing less than a week later.

This week on NXT, a vignette aired for a new wrestler named Tiffany Stratton. The vignette showed her playing tennis and being presented as a stereotypical daddy’s little rich girl. However, according to Wrestling Observer Live, WWE may already be dropping the character, albeit not Stratton herself. Stratton has yet to appear on NXT debut but did wrestle on last week’s205 Live.

There isn’t much to go on. Check out what we have seen of Stratton and more wrestling tennis: 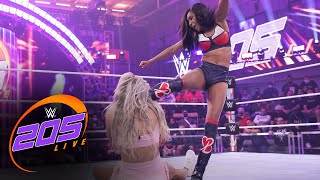 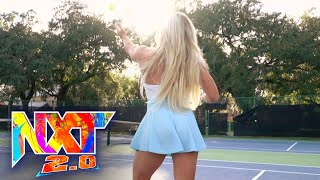 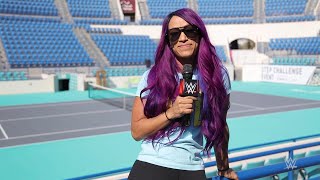 Opinion: This is modern WWE in a nutshell: they come up with an idea, tease that idea, and then change their minds after barely making any progress. Stratton has had one match on a show almost no one watches. That’s enough to drop the whole thing? If that’s the case, why even bother putting the Stratton vignette on NXT? It doesn’t make a ton of sense, but such is life for WWE these days.

What do you think of the character? How does this make WWE look? Let us know in the comments below.

Rather Bad News For WWE Coming Out Of Survivor Series