It was recently announced that NXT Women’s Champion Asuka will be defending her title at “NXT Takeover: Toronto” against Mickie James. This will be James’ first match in a WWE ring since 2010.

According to a report from the Wrestling Observer Newsletter, the deal for the two to face each other was finalized only in the last few days before the announcement. The company’s original idea was to see Asuka vs. Trish Stratus, but Stratus is pregnant so that led them to contact James. The original idea was to use Stratus to make Asuka into a heel, figuring if she turned on Stratus in Toronto, she’d certainly get major heat from the local crowd.

It is unknown what the current booking will be at this point. However, when the plan was for Asuka to turn heel on Stratus, the idea was that it would allow Ember Moon to be a stronger face against Asuka, and lead to a more intense rivalry. This would be in contrast to the athletic competition storyline between her and Bayley.

Whatever the reason is for this match happening, I’m all for it. I am a huge fan of both of these competitors, and I have no doubt that the energetic and passionate Toronto crowd will give both of these women the reaction that they deserve.

Are you looking forward to seeing Asuka vs. Mickie James? Let us know in the comments before, or leave us a comment on Facebook! 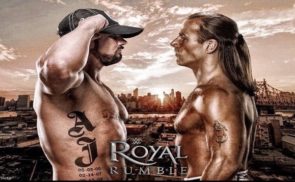 Are We Actually Going to See AJ Styles vs. Shawn Michaels? 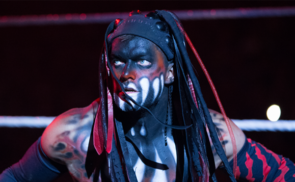