It’s hard to believe, but James Ellsworth is over. In fact, he’s very over with the WWE Universe. The whole “any man with two fists” thing has caught on, and he’s establishing a name on WWE television.

It’s unlikely anything huge will come of his recent run, but he’s being rumored and has been teasing a spot in next year’s “Royal Rumble” match. Ellsworth is going to make the most out of his opportunity, which is so inspiring because isn’t that what we’d all do?

Recently, Ellsworth did an appearance on the “Hit the Ropes” podcast, and discussed his WWE run, working with AJ Styles, and more. He also discussed the possibility of facing Braun Strowman again and revealed he wants another shot at the big man.

You can listen to the full podcast episode right here. Below is what Ellsworth had to say about facing Strowman again or anyone else for that matter:

“Like I always say: It doesn’t matter whether it’s Miz, or if it’s Strowman, or it’s the WWE world champ AJ Styles – when I get in there, I have a chance. Because any man with two hands has a fighting chance.”

Do you think James Ellsworth should become a full-time member of the WWE roster? 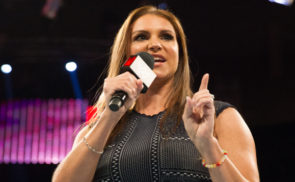 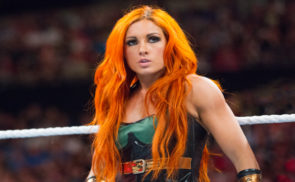