This past July, Jonathan Fatu (Jimmy Uso) was arrested in Pensacola, Florida for driving under the influence. The former six-time WWE Tag Team Champion was pulled over by a police officer after being clocked doing 86 miles per hour in an 45 MPH zone. He was also driving “all over the road.”

When asked why he was driving so fast and erratic, Uso shrugged as if he did not know, and also admitted that it was “dumb” and “stupid.”

Uso was also asked how much he had to drink, and his answer was, “a little bit.” When pressed to be more specific, Uso said he drank “a glass of wine at dinner” about two hours before he was pulled over. 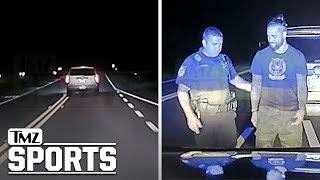 He assured the officer that he was safe to drive, and even agreed to take a field sobriety test. Uso then changed his course and asked if he was being detained, and also requested to call his lawyer for him to be present. Uso then began to be more and more reluctant of taking the test.

The officer kept asking Uso if he wanted to take the test, and Jimmy kept responding that he wanted his lawyer present. Eventually, to prevent the constant back and forth, Uso was placed under arrest for DUI. The officer continued to have a tough time with Uso, constantly telling him to sit in the back of the vehicle.

Uso was released from the Escambia County Jail after posting a 1,000 bond. Since July, WWE has not used the Usos on televised programming. In fact, WWE has only used them in the ring one time after the arrest.

The Crown Jewel WWE Network special is scheduled for Thursday, October 31. While WWE usually stacks the lineup for the Saudi Arabia events, the Usos are not scheduled to compete at the event.

WWE is even having the “largest Tag Team Turmoil Match in WWE history” at Crown Jewel. The listed teams for the match include The O.C., The Revival, Curt Hawkins & Zack Ryder, Lucha House Party, Robert Roode & Dolph Ziggler, The Viking Raiders, The New Day, Heavy Machinery, and The B-Team.

As seen from the above tweet, The Usos joked about the match, which leaves much speculation on their overall status with the company. 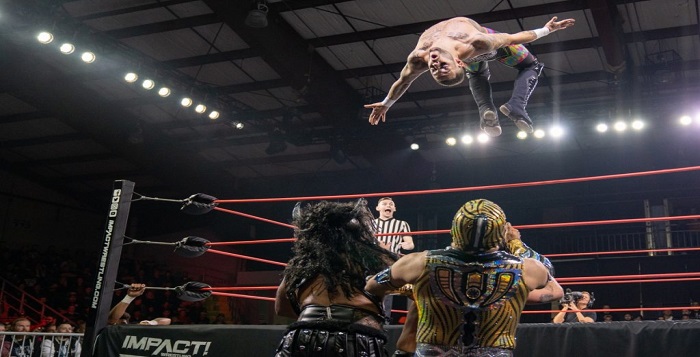 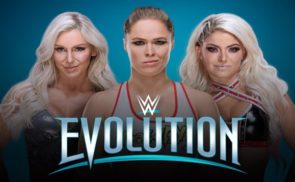