Things are not in a good place around here at the moment and that has been the case for far too long now. There is just no energy or life to the show and it gets more and more obvious every week. Couple that with NXT getting the Cruiserweight Title and there is only so much that can be done around here. Something needs to change but I’m not sure what can be done. Let’s get to it.

General Manager Drake Maverick talks about how the Draft took away a lot of the show’s talent. That has changed things around a bit around here so now we are going to be making a change. Going forward, NXT talents who meet the weight limit will be appearing on the show. Maverick does mention being drafted to Smackdown, which doesn’t seem to mess with his 205 Live status.

Jack jumps him in the aisle and uppercuts him against the barricade, followed by the running dropkick for a bonus. Kendrick comes back with a kendo stick to the ribs, which is fine as the bell never rang. They get inside for the bell so Kendrick spears him into the corner and gets two off a butterfly suplex. A hard whip into the corner has Gallagher down again so Kendrick does it a second time. Something close to a seated abdominal stretch goes on. Gallagher gets out with a hiptoss and hammers away to send Kendrick outside.

Back in and a good looking missile dropkick gives Gallagher two but Kendrick is right back with a superkick. The Captain’s Hook goes on with Kendrick flipping him away from the ropes. The second escape attempt works a bit better so it’s the Gentleman’s Dropkick for two. With the wrestling not working, Gallagher heads outside and grabs the kendo stick from earlier. Since the referee isn’t cool with that, Kendrick uses the distraction to send Gallagher ribs first into the buckle. Sliced Bread finishes Gallagher at 6:09.

A good reason for a grudge: 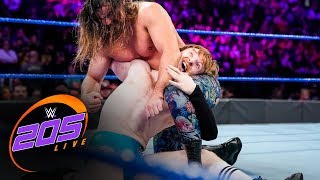 Post match Gallagher sits in the corner and stares at Kendrick.

The Brothers are billed as the #1 overall pick in the Bollywood Draft. Samir headlocks Alexander to start and gets armdragged into an armbar in a hurry. That’s about it for Alexander though as as Sunil comes in for the chinlock. Alexander fights up in a hurry and gets over for the tag to Morris. Everything breaks down and it’s a double superkick, followed by the Bollywood Blast for the pin on Morris at 3:28.

This one ended just in time: 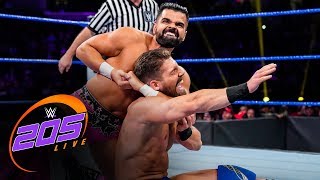 Lio Rush is back next week.

Lorcan gets double teamed to start before they take turns laying over the top. That’s broken up as Lorcan fights up and knocks them both to the floor so he can lay on the top for a change. Nese comes back in so Daivari can steal a rollup for two, only to get sent right back to the floor. That lets Tony come back in to strike away at Lorcan until Daivari steals a rollup for two. Everyone gets back in to exchange strikes, with Lorcan taking over.

Lorcan gets low bridged to the floor but Nese throws him back inside for the chinlock. That’s broken up after a good while so here’s Daivari for the reverse DDT on Lorcan. The middle rope shoulder is uppercut out of the air but this time it’s Nese coming back in to beat Lorcan up. Everyone is back in and the double teaming of Lorcan continues. A double delayed vertical suplex drops Lorcan again…and there’s Daivari turning on Nese.

Daivari’s charge in the corner sends Nese outside but Lorcan is back up with a pair of top rope flip dives to take Daivari down. The running flip dive to the floor takes Nese and Daivari down at the same time and there’s the top rope version for a bonus. Back in and a double running Blockbuster gives Lorcan two each. Nese kicks Lorcan down, only to walk into a Rock Bottom from Daivari.

An Iconoclasm sends Nese into Lorcan to give Daivari two but Lorcan is back up with the half and half. Nese is waiting with a superkick to Lorcan but has to take care of Daivari, meaning the 450 misses Lorcan. Daivari makes a save of his own and everyone is down. Nese loads up a superplex on Daivari until Lorcan breaks it up and hits his own superplex. That isn’t even good for a cover though as Nese runs back in for the sunset driver and the pin on Lorcan at 16:41. 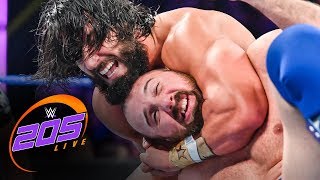 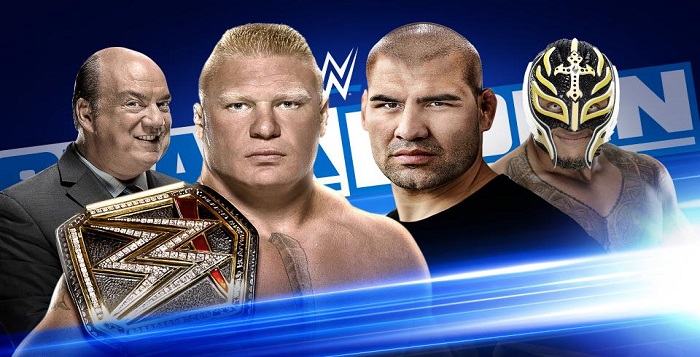 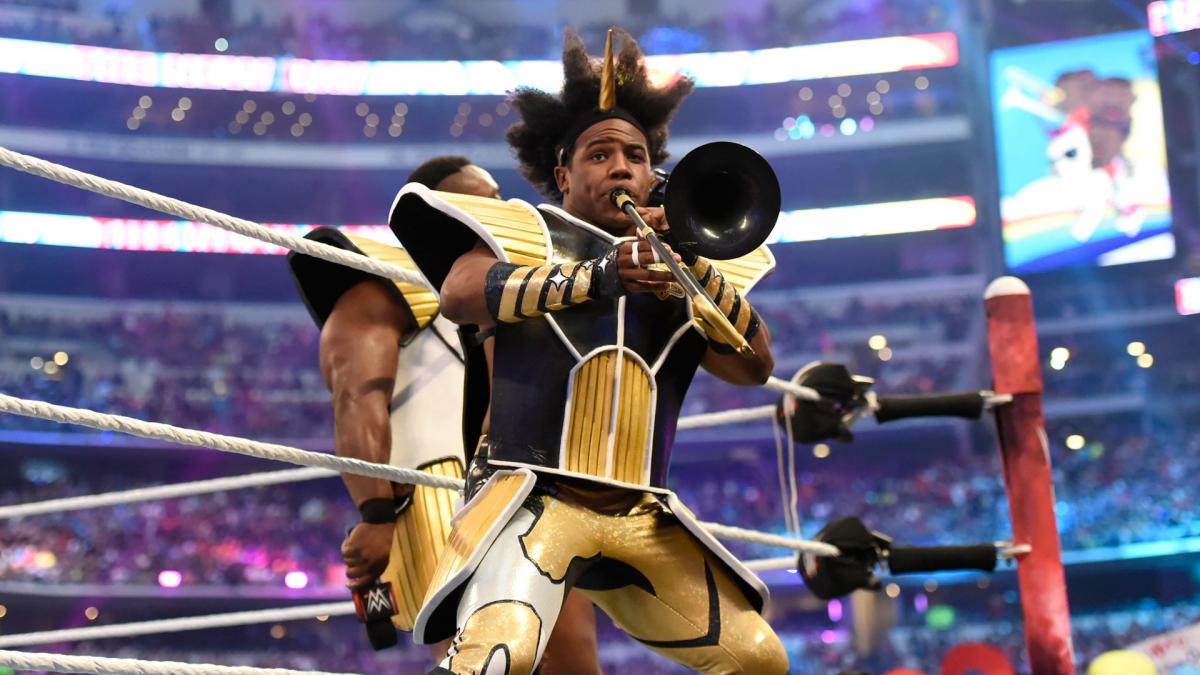