Mike Kanellis has been very vocal regarding his frustration in WWE. After making an amazing physical transformation and getting in shape, as well as overcoming his alcohol addiction, Kanellis was looking for a fresh start. WWE even put him on the 205 Live brand to showcase his talent. However, for the most part, his efforts on the show continued to go unnoticed.

Most recently, Kanellis was involved in an embarrassing angle which involved his wife Maria emasculating him and publicly stating that he is not the father of her child she is pregnant with. This led to easy victories from Ricochet and Rusev, who Maria teased to be the child’s father on separate weeks. However, just like his 205 Live run, this angle panned out to a dead end as well. 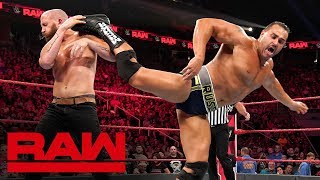 Fed up with his position on the company, Mike went to social media regarding how unhappy he was, and his desire to leave WWE.

In an attempt to continue to vent his frustrations, Kanellis made a snide comment to current NXT Cruiserweight Champion Lio Rush, who took a six-month hiatus to iron out his own reported issues with the company.

Kanellis wrote, “You won 2 matches. Chill out. There’s an entire roster of Cruiserweights that we’re grinding and working their a** off for our Brand, while you were sitting at home for bad behavior. Let’s not act like you weren’t gift wrapped the cruiserweight championship.”

However, the “Man of the Hour” quickly used his gift of gab to respond with quite the comeback.

You’re right, I was home. Reflecting on my past and how i can get better. Getting back on a positive road to become a champion literally and figuratively. Spending time with my children that are actually MINE. I get your anger…trust me. Win a match 1st. Maybe we can talk later. https://t.co/wRP5gvgwBr

Although this always could be a way to start a feud between the two, the fact that Kanellis did in fact delete the tweet makes it seems that those were real words he was posting.

While a NXT Cruiserweight Championship feud would be a good spot for Kanellis, it is quite clear from his tweet that he is no longer interested in doing business with WWE. Moreover, it is clear that he wishes to hurry out of the company for potentially better opportunities. 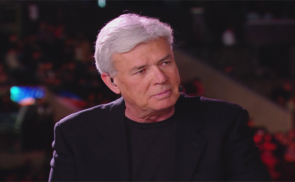