It appears that John Cena’s quest for his sixteenth WWE Championship win will continue when he returns to television in 2017.

While speaking on the Live Audio Wrestling podcast, Dave Meltzer of the Wrestling Observer Newsletter said that Cena will continue his WWE Title feud with AJ Styles when he returns to SmackDown next month:

“Where AJ goes… I mean, the Ellsworth thing isn’t gonna be a house show program, and AJ is gonna be waiting for Cena when he gets back, which is right after Christmas. So, it looks like [Cena vs. Styles] is where we’re going.”

As of right now, Cena is scheduled to return on SmackDown by the end of the year.

According to Odds Checker, the top five favorites to win the 2017 Royal Rumble are Bill Goldberg, Randy Orton, Finn Balor, Chris Jericho, and John Cena. Of course, that doesn’t mean that any of the aforementioned five men will actually win the annual 30-man match, but it’s quite possible that four out of the five — with the exception of Randy Orton — will be heading to the main event of WrestleMania 33.

There’s a rumor going around which suggests that WWE is planning a John Cena vs. Undertaker match for WrestleMania 33. Also, according to Forbes, WWE is looking at booking AJ Styles vs. Undertaker for the WWE World Heavyweight Championship at the Royal Rumble. So, it’s quite possible that Undertaker will win the belt at the Rumble, then Cena will win the Rumble, and the two men will clash in the main event of WWE’s biggest show of the year.

You looking forward to Cena’s return? Do you believe the rumor that he’ll battle The Undertaker? Let us know in the comments below, and make sure to visit our Wrestling Rumors Facebook page. 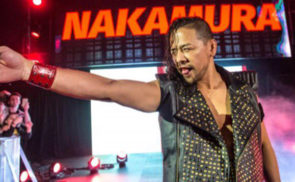 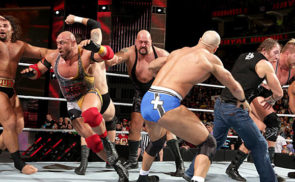