We already reported that Shad Gaspard, former member of WWE tag team Cryme Tyme, was involved in stopping an armed robbery at a convenience store. Gaspard’s weapon of choice? A chokehold. He knocked the weapon away and took the would-be robber’s by the neck, taking him outside before slamming him to the ground.

Turns out that the gun only shot BBs, but we do have a new wrinkle to the story–in the form of video, courtesy of TMZ Sports.

Gaspard also appeared in an interview with TMZ after the incident. 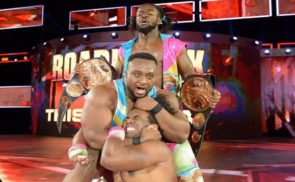 Raw Ratings Are Down With the Worst Week Since October 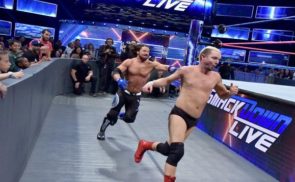