As has been the case more often than not lately, we’ve got a fairly stacked Tuesday show. Tonight it’s a tag team battle royal to determine some new #1 contenders to go along with AJ Styles defending the Smackdown World Title against James Ellsworth. Smackdown doesn’t have anything major to set up until the Royal Rumble so it’s all about big TV until then. Let’s get to it.

It’s time for MizTV with special guest AJ Styles, who thinks Ellsworth has come down with Chinfluenza. AJ laughs off the idea of Ellsworth being a threat to the title. Miz says that he’s the one who raised his title to greatness and beat Ambrose last week. It’s true that Miz isn’t on AJ’s level because he’s above it, meaning maybe it’s time to make the WWE Championship legendary. A fight is teased but Ambrose and Dolph Ziggler come out to break things up. Miz takes Dirty Deeds and actually so does Ziggler, only to have Luke Harper appear and lay Ambrose out.

After a break, AJ comes in and demands protection from the bosses. Tonight it’s a fourway elimination match for the #1 contendership between Miz, Ambrose, Harper and Ziggler with interference being grounds for an elimination. The title match will take place on the December 27th episode of Smackdown.

Nikki Bella is on commentary. It’s a catfight to start and we head to a rather early break. Back with Carmella sending Natalya into the corner for the Bronco Buster. We hit the bodyscissors, meaning a lot more screaming. Natalya powers out with a Michinoku Driver but opts to argue with Nikki even more. She even shoves Nikki out of the way of a charging Carmella but the distraction lets Carmella grab a small package for the pin at 9:05.

Gabriel Iglesias (standup comedian) talks to Apollo Crews about being on tomorrow’s Tribute to the Troops. Miz and Maryse come in so insults can be exchanged.

The winners are the #1 contenders and both members have to be eliminated. Simon Gotch is knocked out two seconds into the match off a hard clothesline from Mojo Rawley. Thing slow down considerably with people taking various shots at each other around the ring. Slater and Rhyno start double teaming English as Gable pulls Viktor over the top for an elimination. Konor gets rid of Gable a few seconds later and we’re down to nine.

Slater accidentally puts Rhyno out and another team is split. We take a break and come back with English being dumped out, meaning the Vaudevillains are done. Fandango is swept out to the floor and we’re down to Jordan, Breeze, Slater, Konor and Ryder, meaning Rawley was put out during the break.

Jordan starts to clean house with shoulders and suplexes but Breeze and Konor get together for the elimination. Dang American Alpha just can’t get there. Slater snaps off some neckbreakers but the numbers game catches up with him, allowing Konor to throw him out. Breeze tries to turn on Konor but gets dropkicked down by Ryder. Konor knocks Breeze out to the floor and Zack gets rid of him for the win at 13:33.

Actually never mind as Bliss says this is beneath her so no match.

Bliss lays Purrazzo out but here’s Becky Lynch to interrupt. She wants her rematch right now but Bliss says not tonight. Actually never mind again as Shane McMahon comes out to say the title match is on.

Lynch is challenging and Bliss hides in the ropes to start. The threat of a Disarm-Her sends Alexa even further into the ropes, followed by some armdrags to keep the champ in trouble. Bliss gets rolled up for two as JBL talks about blocking Mauro on Twitter. Another Disarm-Her sends Bliss outside and, claiming a knee injury, she takes the countout at 4:30.

Bliss goes after Becky with the knee looking just fine. The beatdown sends Bliss limping back to the floor.

Dean Ambrose vs. Dolph Ziggler vs. Luke Harper vs. The Miz

AJ is on commentary, elimination rules with the winner getting a title shot in two weeks and of course Miz’s title isn’t on the line. Harper absolutely cleans house to start by knocking Ziggler and Ambrose to the floor, followed by a Michinoku Driver to Miz. Ziggler and Ambrose get together to put Harper on the floor, leaving Miz to DDT Ziggler for two.

Miz starts firing off some baseball slides but stops to mock Bryan’s pose. That means it’s time for YES Kicks and the corner dropkicks to make it even worse. It’s Dean coming back in to cut Miz off but Harper just blasts him with a boot to the face. Ziggler gets caught in a torture rack but Ambrose makes the save and takes Luke down with the rebound lariat. Miz tries to steal a fall but gets small packaged for the elimination at 6:45 as we take a break.

Back with Ambrose hitting a spinning backbreaker for two on Ziggler while Luke it out on the floor. The Zig Zag puts Harper down but Dean drops the top rope clothesline for two on Ziggler. Harper comes back with a sitout powerbomb for two more on Ziggler but a superkick into Dirty Deeds gets rid of Luke at 15:13.

The catapult sends Ziggler face first into the post but he’s fine enough to hit a super X Factor for two. Cue Miz to offer another distraction but Ambrose takes him down with a suicide dive. Ziggler uses the distraction to get in a superkick for the pin and the title shot at 19:05.

Rich Swann tells us to check out 205 Live. 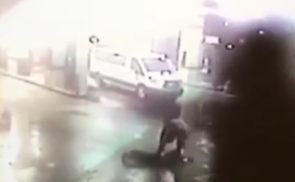 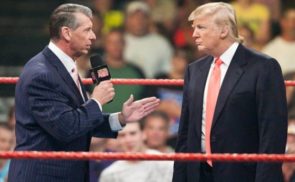