The AEW World Championship match with Jon Moxely defending the title against MJF was a rare instance of being so unpredictable that anything could happen. There was speculation after Wednesday’s final segment on Dynamite, which had William Regal in the middle of the frame between MJF and Jon Moxely.

Based on the ending on Dynamite, a lot of fans assumed that William Regal would be the determining factor in whoever won tonight. After the riveting promo between MJF and Regal about their past, it seemed that AEW was building MJF into the great babyface champion the company needs for the future, but he’s aligned himself with the devil.

At AEW Full Gear: William Regal just revealed himself as the devil that was always standing by Jon Moxely’s side

Related: William Regal Makes Surprise Pick For “The One That Got Away” 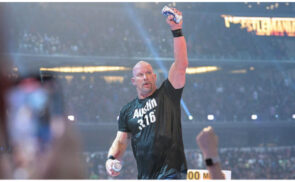 REPORT: Stone Cold Steve Austin Not Training for a Match at WrestleMania 39