It’s the go home show for Full Gear and the show has quite a bit set up in advance. The main story is advancing a tournament whose finals have been moved from Full Gear to next week, which is the best option that AEW had all things considered. Other than that, we have a special guest star so let’s get to it.

We start in the back (as originally planned and with Starks in street clothes) with the two of them taking turns sending each other into a metal garage door. Archer sends a backstage worker into a bunch of chairs and now they head into the arena, with Archer dragging him towards the ring. A right hand knocks Starks most of the way over a barricade and they go into the crowd with Starks diving onto him. They get to ringside, where Archer runs him over and leaves Starks rocked.

They’re finally inside for the opening bell, with Starks hammering away and clotheslining him over the top. The chokeslam onto the apron plants Starks though and we take a break. Back with Starks hitting a top rope shoulder and a tornado DDT, only to have Archer blast him down with a lariat for two. A second tornado DDT gives Starks two but the Roshambo is blocked. Archer loads up a Pounce but Starks dives over, setting up a spear straight into a rollup (Jericho sounded really impressed) to pin Archer at 5:25.

Post match Brian Cage and Prince Nana come out for a distraction, allowing Archer to chokeslam Starks onto the steps.

Video on Jon Moxley vs. MJF, who have a long history together but Moxley isn’t afraid.

Chris Jericho is ready for the Blackpool Combat Club to implode at Full Gear so he can retain the Ring Of Honor World Title. With Jericho gone, Ricky Starks says he isn’t sure about that.

Moriarty is challenging and has Stokely Hathaway with him. Feeling out process to start with neither being able to get the better of the grappling. Hook takes him down with a waistlock and goes for the arm. That’s switched into a kind of bow and arrow hold but Moriarty is right back up. That’s fine with Hook, who flips out of a hiptoss and drops Moriarty again. A Hathaway distraction lets Moriarty kick Hook down though and we take a break.

Back with Hook blocking a crossface shot and hitting a hard clothesline. There’s an STO into a fisherman’s toss to have Moriarty in even more trouble. Moriarty manages to grab a quick Kimura though, sending Hook straight to the ropes. The Border City Stretch goes on instead but Hook slips out and reverses into Redrum for the win at 8:37.

Jose the Assistant and Rush yell at the Dark Order, including Silver. Several insults seem to set up a match.

Before the match, Rayne talks about how she doesn’t like the disrespect Athena has been showing after her matches. The inset promo goes on so long that we miss Athena dropkicking Rayne during her entrance as they start fast. Thankfully we see the replay as Rayne fights back and knocks her outside. That’s fine with Athena, who picks her up for an easy swing and then takes it back inside. Athena grabs a suplex but Rayne reverses it into a DDT for the double knockdown. Back up and CrossRayne is countered into a flipping Stunner. An over the shoulder backbreaker spun into a Codebreaker finishes Rayne at 2:48.

Post match Athena punches out Aubrey Edwards and grabs a Crossface. Cue the returning Mercedes Martinez for the save.

We look back at Danhausen costing Lee Johnson last week.

The Best Friends and the Factory have a staredown with Best Friends showing them a video of Danhausen….playing with teeth. A ten man tag is set for Full Gear.

The House Of Black is still ready to come back and destroy everything. The team is shown beating up a lot of people as we hear what sounds to be a prayer for their success.

Eddie Kingston and Ortiz are ready for Konosuke Takeshita and Jun Akiyama. Kingston’s dream match is Akiyama so this is a big deal for him.

Eddie shoves Takeshita around to start and snaps off a belly to belly. Ortiz comes in to work on the arm, even as Kingston runs over to elbow Akiyama in the head. Takeshita breaks that up and brings in Akiyama, who kicks Kingston off the apron. A piledriver gets two on Ortiz and Kingston comes in for the glaring breakup. Ortiz gets dropped with a belly to back suplex/running clothesline combination for two and we take a break.

Back with Kingston fighting both of them off, setting up a DDT for two on Takeshita. They knock each other down and it’s a double tag to bring in Akiyama and Ortiz. A jumping knee drops Ortiz but Kingston comes in to strike it out with Akiyama. Everything breaks down and Kingston grabs a suplex on Takeshita to leave all four down. They knock each other down again until Akiyama exploders Ortiz for the pin at 12:35. 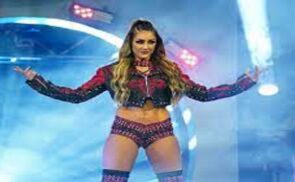