That’s a special tribute. There have been a lot of wrestlers to come and go throughout the years and unfortunately some of them are no longer here. That could be due to a variety of reasons but so many of them have left before they should have. Other wrestlers will remember them quite fondly and that is what Randy Orton is doing with a departed former WWE star.

IN CASE YOU MISSED IT: WATCH: Bianca Belair Has Her Eye On Very Specific Film Role

Earlier this week, a fan posted a photo to Twitter showing presumable himself posing with Randy Orton and Umaga. Orton responded, thanking the fan for posting the picture and saying we are coming up on the anniversary of Umaga’s passing. He called Umaga the “OG head of the table” and also mentioned Matty Anoa’i (Rosey). Orton also said “So many memories. Too many brothers lost”. Umaga passed away on December 4, 2009 at 36.

I’m very happy you posted this pic. I’ll save it. Anniversary is coming up where we lost the Samoan Bulldozer. I wish I was one of those dudes that took photos of everything. RIP to the OG head of the table, Matty Anoa’i too. So many memories. Too many brothers lost ? https://t.co/4ChaTl4l3M

Umaga was a monster. Check out some of his time in WWE: 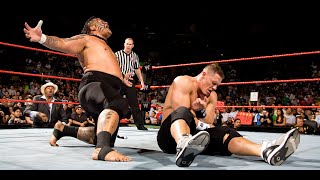 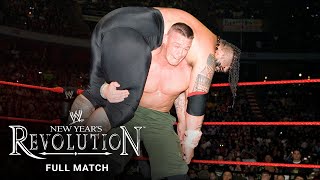 Opinion: That is a very nice tribute and something you don’t get from Umaga very often. While we watch these wrestlers on a regular basis, we don’t know how close they get behind the scenes or on the road from one venue to another. Umaga and Anoa’i seem to mean quite a bit to Orton and it is a shame to know that both of them are gone at such young ages.

What was the best match of Umaga’s career? What should Orton do in WWE when he gets back? Let us know in the comments below. 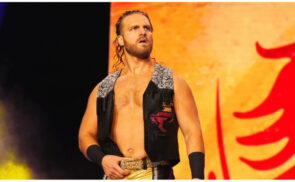