RUMOR: Here’s When Roman Reigns Plans to Retire from WWE

After announcing his cancer diagnosis to the WWE Universe, there was a period of time where we didn’t know if Roman Reigns would wrestle again. In February, Reigns made his return to WWE programming to announce his cancer was in remission. Roman has been going strong ever since, but the last year has a lot of people asking some questions.

Following a health scare like that, some fans are curious how much longer does Roman Reigns intends to wrestle? “The Big Dog” let it slip during an interview with TMZ Sports how much longer he plans to wrestle with WWE and how he will know it’s time to stop.

Related: Roman Reigns Not Back To Full Strength From Leukemia Just Yet, How WWE Is Hiding The Issue

“I just got to go based off my health and how I feel. I’m still a young man, I’m 34, I still have a few more years in me, of just being I think at the prime of my athletic career.  can I handle it in the ring, I’m willing to do it. I think I can hold this schedule for at least 5 more years of being full-time, but eventually it’s gonna have to be time to rest my body.”

Who do you believe attacked Roman Reigns on SmackDown Live?

Obviously, a lot can happen over five years. However, Roman Reigns was specific about not handling the full-time workload anymore in five years. He could still wrestle a part-time schedule. He might try his luck in Hollywood eventually, or just retire peacefully.

During the interview with TMZ Sports, Roman also discussed getting bit by the “acting bug” after playing a role in Fast & Furious Presents: Hobbs & Shaw alongside his cousin Dwayne “The Rock” Johnson.

Do you believe Roman Reigns should finally turn heel before WrestleMania 36? 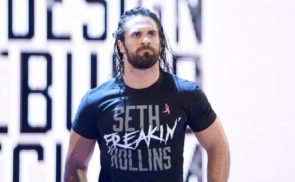