I know this show is built around the idea of recapping but when you consider that Monday’s show included Raw Reunion, the recapping is going to be strong on this one. You can pretty much guess where everything is going this week and that could be good or bad depending on what you thought of Raw this week. Let’s get to it.

Naomi is the hometown girl here. That means it’s time to escape a few waistlocks and dance a bit, followed by a splits drop for two. Naomi’s sunset flip gets two but Logan forearms her in the face and hits a dropkick to the floor. Back in and Logan pulls on both arms before stomping her down. The standing Cloverleaf goes on, which isn’t as serious as they’re going for given Naomi’s light up shoes. Naomi makes the rope and hits an enziguri out of the corner to start the comeback. Some right hands set up the split legged moonsault to finish Logan at 4:55.

Here’s Kofi Kingston to announce his Summerslam opponent. Before he gets jumped from behind though, he wants Randy Orton out here right now. Orton comes out and Kofi talks about their history from 2009. That would have been in Madison Square Garden when they were in the ring together and the fans were chanting Kofi’s name.

We see a clip of the huge Boom Drop through the production area which should have made Kingston the next big star. That’s not what happened though and Kofi accuses Orton of holding him back. It didn’t work though and now Kofi is WWE Champion. Orton admits that he help Kofi back because he wasn’t ready then. He’s still not ready now though and that title is a fluke.

Orton has been on top for eighteen years and he never had to work hard a single day. He’s gotten where he is by being Randy Orton and hasn’t had to throw pancakes or fake a Jamaican accent. Orton takes credit for Kofi getting a title shot at Wrestlemania because he injured Ali before the Elimination Chamber so Kofi could take his place. Kofi wants to prove himself at Summerslam and Orton agrees to the title match at Summerslam. The RKO will be waiting for Kofi.

The champ knows what he wants: 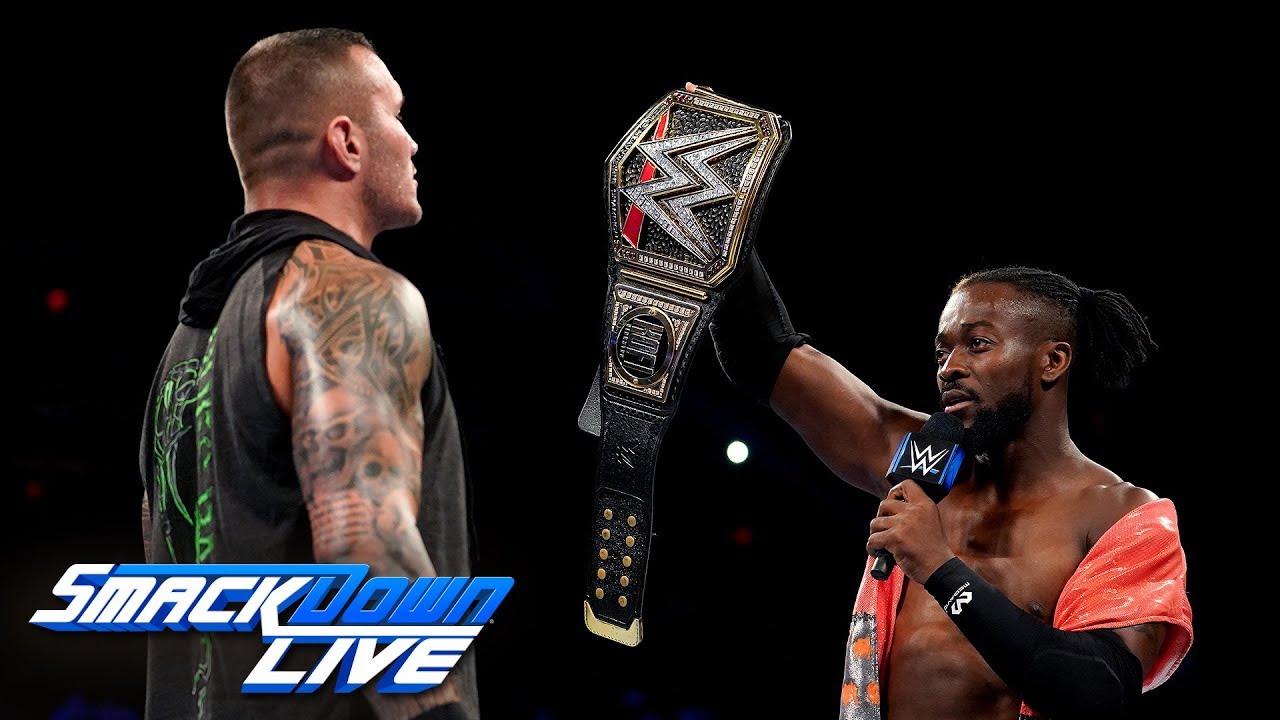 We look at Bray Wyatt returning to attack Finn Balor.

Here’s Finn Balor for a chat. We look at Bray Wyatt returning to attack him last week on Raw with Balor saying that he can’t explain the Fiend. He isn’t scared of Wyatt though….and it’s the return of the Firefly Fun House. Wyatt says he and his friends are fans of Finn but the Fiend doesn’t like him, no matter how many times they tell him how super duper he is. The Fiend has accepted Balor’s challenge for Summerslam. Things get more serious though with Bray saying the Fiend isn’t so nice because the Fiend is power. Let him in. The Fiend appears on the screen and growls the same thing. 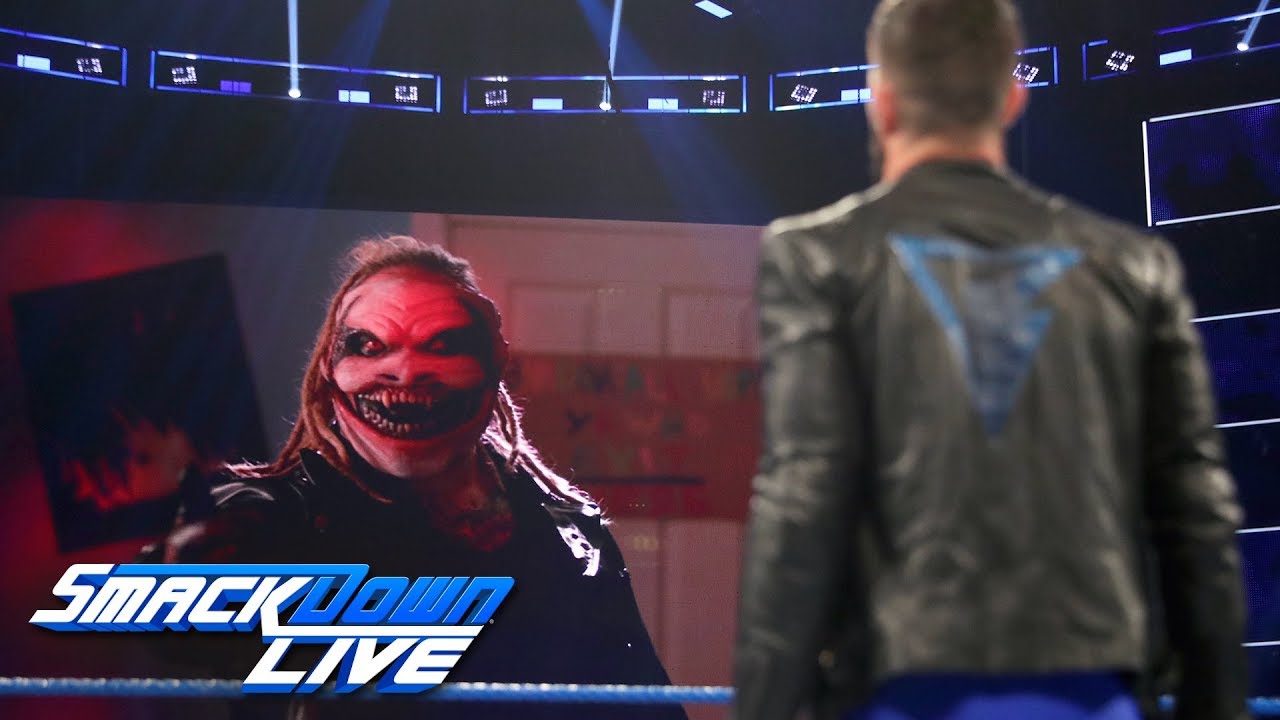 Cesaro throws Dorado down to start but the required headscissors is enough to send Cesaro into the corner. Kalisto comes in for the splash and we take a fast break. Back with Kalisto being dragged into the corner and Cesaro getting two off an uppercut. Roode comes in for a backbreaker and Cesaro hits a gutwrench suplex for two more. Cesaro’s gorilla press is countered into a DDT and the tag brings in Titus. Roode has to be saved from the Clash of the Titus, leaving Metalik and Dorado to hit running flip dives. Don’t worry though as Young takes Clash of the Titus for the pin at 7:02.

Video on Shane McMahon and Kevin Owens from last week.

Here’s Shane to open things up. He talks about getting to see some old friends last night but he was glad to not see Kevin Owens. Speaking of Owens, he has challenged Shane to a match at Summerslam. Shane accepts, and shows us a clip of Owens quitting on Raw last year in a story that went nowhere. That’s what Shane wants: if Owens loses at Summerslam, he’s gone from WWE.

Cue Owens (Xavier Woods: “I don’t like him but I want to see him beat Shane up!”), to say Shane was smart to find that footage. That was the low point of Owens’ career and he’s a different man today. Owens knew Shane would accept because Shane loves the spotlight. The match is on but Owens isn’t quitting because he’ll beat Shane for good. Owens wants to fight right now but Shane cuts him off and says not until Summerslam. Tonight, Owens can fight Roman Reigns instead.

And from Smackdown again.

Shane is guest ring announcer, Elias is guest timekeeper and Drew McIntyre is guest referee. Shane does his own rather insulting versions of Big Match Intros but Owens grabs the mic to say he’ll drop Shane tonight no matter what. Reigns takes it away and says he’ll take care of Owens tonight. McIntyre breaks up some early lockups in the corner so Reigns punches him in the face and sends him to the floor. The match is thrown out at we’ll say 1:00.

Result: Roman Reigns vs. Kevin Owens went to a no contest (1:00)

Post match the fight is on with Shane and company getting the better of things. Owens breaks up a spear from Shane though and it’s superkicks a go go. A spear drops McIntyre and a Stunner drops Elias. Shane tries to escape but gets caught with a Superman Punch and a Stunner. Another Stunner drops Shane again and Owens promises to hurt him even worse at Summerslam to end the show.

They have mutual interests: 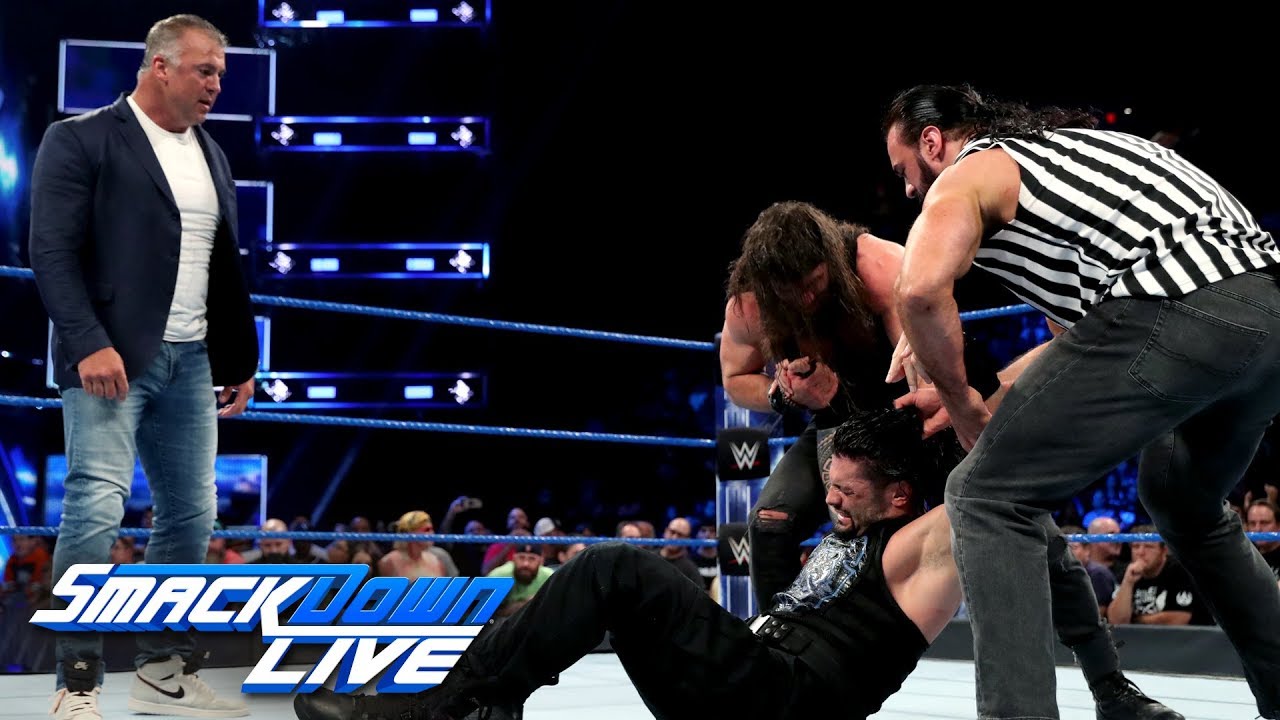 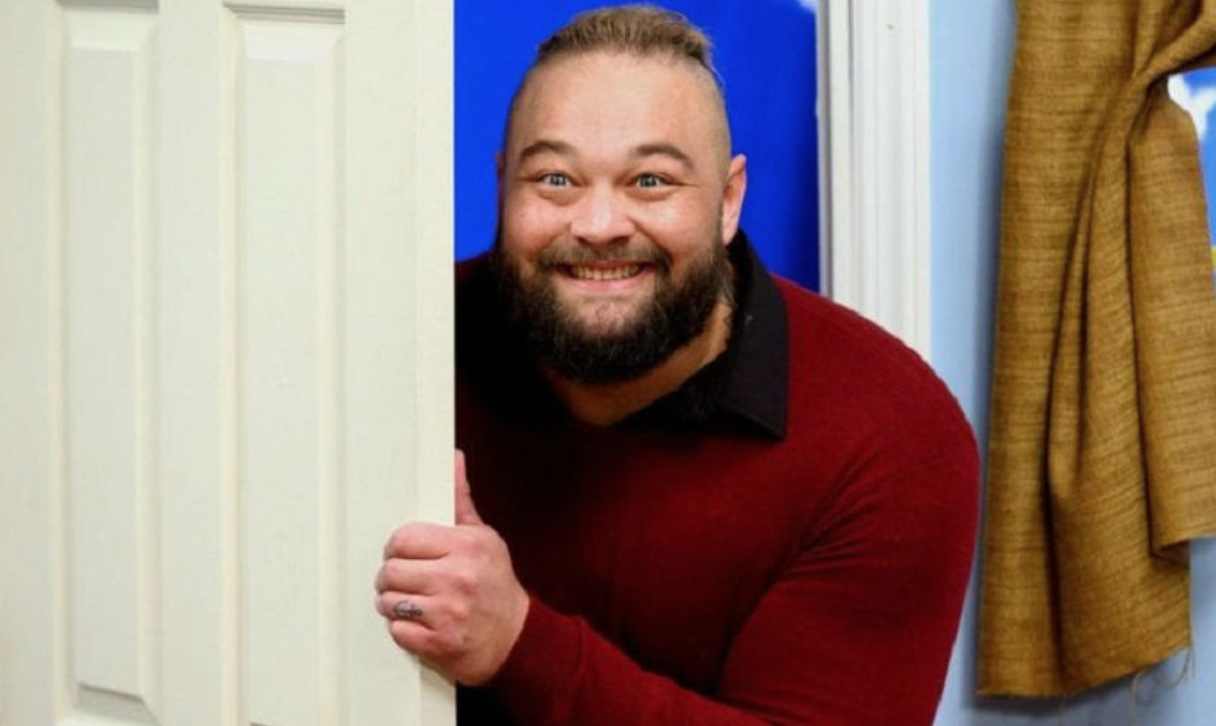