The more things change for NXT? WWE was shaken up a bit this week as news broke that the WWE Network would be moving over to NBC’s Peacock platform in March of this year. This is going to change the way WWE fans can watch a lot of WWE programming but that is not the case for all of them. There are still some stories to cover, but now we might have something covered.

One of the biggest questions coming out of the move was the future of NXT. The announcement comes after the announcement that NBC Sports Network would be closing, leaving the future of the NHL and NASCAR coverage in question. The two sports could be moving over to the USA Network, which is where WWE has two weekly series of its own. Now we know a bit more about what is taking place with those series.

According to Prowrestling.net, NXT will be remaining in its current spot on the USA Network on Wednesday nights at 8pm. There is still a chance that this will change in the future due to NHL coverage taking precedent, which had been rumored after the news about the NBC Sports Network. In addition, the television contract for NXT is set to expire in October of this year.

Opinion: This feels very much like a wait and see situation, as it feels like something that could be changing on a weekly or even daily basis. NXT seems to mean a lot more to wrestling fans than it does to the USA Network, as there are only so many fans watching it every week. It isn’t like Monday Night Raw as the most watched show on the channel, so changes may be coming later. Things are stable for now though and that is better than nothing. 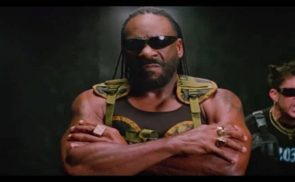