That’s what it’s all about. NXT is a unique wrestling promotion in that its purpose is to have its wrestlers get away and move on to somewhere else. At the same time though, it is supposed to draw an audience by putting on the most compelling and interesting show possible. That can be rather difficult, and losing wrestlers can make it even worse. It can be exciting for the wrestlers though and now that is on display again.

The NXT women’s division has been an important part of the entire promotion since its inception and that is still the case now. The women’s roster has had its share of great stars, many of whom have made it up to the main roster. Some of the call ups may be surprising but some of them come from someone you know is going to be main roster bound from the second they debuted. Now we can see how one such call up works.

This is pretty awesome. Check out what a promotion looks like:

WWE has released a clip of the upcoming Chronicle special on Bianca Belair, showing her being told by WWE COO Triple H that she will move to Monday Night Raw after WrestleMania 36. Belair debuted on the Monday Night Raw after the show and was aligned with the Street Profits, including her husband Montez Ford. Belair has since moved to SmackDown, where she is feuding with Bayley.

Opinion: I love seeing these kind of things as the goal of a wrestler being in NXT is to get this kind of a call up. It can take a lot of effort to earn something like this and seeing the emotion that comes with it is also great. That is what happened here, as Belair certainly seemed elated to be able to get up to the main roster. She is finding her groove there too and it could be great to see how far she could go. 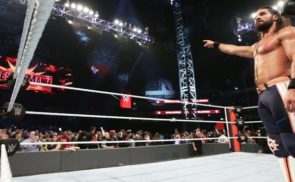