It’s a gig. Over the last few weeks, WWE has been shifting things around in regards to their wrestlers being involved with third parties. This is the kind of thing that could potentially shake WWE up in a big way and it has already led to the release of Zelina Vega. That could just be the tip of the iceberg, but WWE does like it when their wrestlers work with other organizations. That is the case again and in a fairly prominent way.

Over the course of its time together, the New Day has become one of the most successful teams WWE has ever seen. The trio accomplished everything there was to accomplish, but they also had some success on their own. Big E. seems in line for a major push, Kofi Kingston is a former WWE Champion, and then there’s Xavier Woods, who has not had the same level of singles success. That might be changing, though not in a WWE ring.

WWE has announced that Woods has been signed as one of the hosts of the relaunched G4 gaming channel. Woods is the first on-air talent to be signed to the channel, which will be relaunching at some point next year. This comes after Woods had campaigned to be part of the new cast of G4. Woods has hosted and produced the UpUpDownDown YouTube gaming since 2015.

It was a cool announcement. Check out Woods being announced for the channel:

Opinion: That’s great for Woods and it is clearly something that means a lot to him. While I’m not the biggest gamer, I do remember G4 being a pretty big deal for gamers. Now one of those gamers is getting to do something with the channel all over again and it’s really cool to see him being able to reach this goal. Hopefully it works out well for everyone and the channel is a success, as Woods is getting the chance to live his dream.

What do you think of Woods? What is next for him in WWE? Let us know in the comments below. 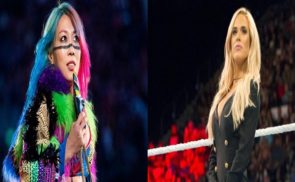 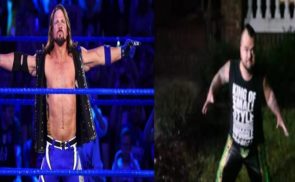