That’s a good sign. Wrestlers are in a weird spot when it comes to acting, as they are known to be acting when they are on television but when most of them want to shift into acting, the answer is “well they’re a wrestler”. It creates a pretty big extra burden for anyone involved and unless you have a special talent, there might not be a way out. However, one wrestler is not only doing well but is getting some good news.

While some fans may be tired of him, there is no denying that Big Show is one of the most unique and physically impressive wrestlers of all time. Not only is he bigger than almost any wrestler ever, but he can also do things in the ring that someone his size is not likely to pull off. Add in some great charisma and there is no surprise that he has been successful for so long. That success may be stepping over into Hollywood.

In an interview with Comicbook.com, Big Show announced that his Netflix sitcom the Big Show Show will be airing a bonus episode on August 10 and a Christmas episode will be airing last this year. The series debuted on April 6 of this year with an eight episode season. There is no word on if the series will be renewed for a full second season or when that season would air.

The show was pretty funny. Check out the trailer for the first season:

Opinion: This is some good news for the series as it seems that Netflix is happy enough with it to keep the show moving with at least two more episodes. It was nothing that was ever going to blow anyone away but it worked well enough as a safe, easy to watch sitcom. It’s a vehicle for Big Show and it worked rather well in that vein so maybe it could wind up working out in a bigger way for him.

What did you think of the show? Who is your favorite wrestling actor? Let us know in the comments below. 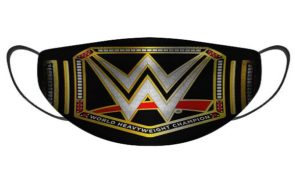