Not exactly. One of the most interesting things to do in wrestling is learning more about a wrestler you may have only heard of. There have been so many wrestlers over the years that you can’t know everything about everyone and with so many years going by, some wrestlers are going to be lost to history. One name is getting a bit of a resurgence, but his family isn’t pleased with the story being told.

Back in 1971, Ivan Koloff defeated Bruno Sammartino to win the WWWF Title, ending Sammartino’s reign at over seven years. This was the greatest upset in the history of wrestling and only part of Koloff’s legendary career. Koloff’s career would span over twenty more years with various other accomplishments, putting together a rather fascinating time in wrestling. That time is being celebrated, though not in the way his family would prefer.

A musical loosely based on Koloff’s life has been in development since last year. Earlier this week, Koloff’s family posted a message to his official Facebook page, disavowing the musical and saying that it was disrespectful to his legacy. The message, written by his niece, says that Koloff’s widow was misled by the producers, as the play “did nothing but slander Ivan’s name and reputation.” The main points of contention are the lack of mentioning Koloff’s conversion to Christianity and the inclusion of a homosexual act that “MOST assuredly never happened.” There is no word on when or where the play could open to the public.

This is an important messege about the New York musical that was SUPPOSED to be an homage to Uncle Ivan. Please read. Thank you!

Koloff had a heck of a career. Check out some of the moments:

Opinion: I’m not sure what the producers’ intentions were but if the family is upset about the play, something seems to be wrong. I can’t say I can blame them, as losing someone is never easy in the first place and then thinking that someone else is tarnishing their legacy for a profit makes things even worse. Hopefully this gets smoothed out and the family can be happy, as this isn’t the best news to hear.

Would you see a play about Koloff? Whose career would make a great story? Let us know in the comments below. 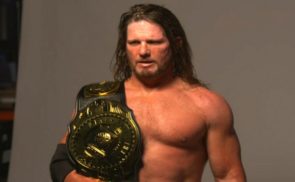