You can’t stick around forever. While there is little doubt that WWE is the biggest wrestling promotion in the world, they are not the only place to go. Several wrestlers have gone from WWE to other promotions and that can allow some wrestlers to extend their careers. WWE stars can go elsewhere and be treated as a big deal, which was the case for one name but now that time has come to an end.

Wrestling is one of those unique industries where you can have your career go on for a long time based on a lot of things that you have done before. There are so many things that can be done without having any significant physical impact. Someone who can talk rather well can have a much longer career based mainly on their reputation and that is the case for someone who is leaving one of the bigger American promotions.

According to the Wrestling Observer Newsletter, Bully Ray has left Ring Of Honor after his contract expired. According to PWInsider.com, Ray’s contract was expiring on April 1, though he was going to work Supercard of Honor XIV to finish his story with Maria Manic. The match or angle will now not be taking place. There is no animosity between the two sides as they both decided to part ways with nothing left for Ray to do in the promotion. Ray is officially a free agent.

Ray was a big deal in the promotion. Check out how he did in Ring Of Honor:

Opinion: This is probably overdue as Ray’s stories had been getting stale for a long time. It felt like the same material over and over again, which is not going to work long term. Ray is still someone who can offer something to a promotion, but doing the same stuff for literally years is not going to work out well. It is nice to see things ending amicably though, as that is not always the case.

Did you like Ray’s time in the promotion? Where should he go now? Let us know in the comments below. 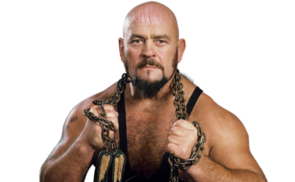 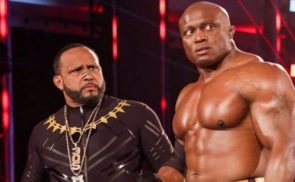 WATCH: Bobby Lashley And MVP In Altercation With Man At Restaurant