RUMOR: Why Ric Flair Was Paired With Randy Orton

That’s fair to Flair. Over the last few months, there may not be anyone in WWE who has been better than Randy Orton. He has always been one of the most talented wrestlers in WWE but something has clicked as of late and sent him on a roll like he has not seen in a long time. It has been a lot of fun watching and listening to him, but he hasn’t been alone and for a good reason.

Over the last few weeks, Orton has been accompanied by Ric Flair, who certainly seems impressed by him. Flair has even named Orton the greatest wrestler of all time, which is quite the compliment considering the source. The pairing seemed to come a little bit out of left field though, but it turns out that there is a rather logical reason for Flair to jump on the Orton train.

According to Tom Colohue on the Dropkick DiSKussion podcast, Orton is currently on a limited appearance contract and WWE does not want to run through his remaining dates. Therefore, Flair has been used to advance feuds and stories in Orton’s absence, mainly appearing to cut promos on Orton’s opponents. Orton has only wrestled seven times on television or pay per view this year, with one of those being the one minute long match against Christian.

The two have made an impact while they have had the chance. Check out Flair and Orton’s time as a unit:

Opinion: This is something that does make sense, if nothing else from a sense of not having Orton on every show. With Orton being a legend himself and one of the top stars in the company, it can be nice to have him do something like this where he isn’t around every week. It’s a case of not running someone into the ground, which is done far too often in wrestling these days.

Have you liked the pairing? How will it end? Let us know in the comments below. 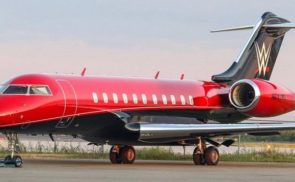