You need someone new. Like any other sport, professional wrestling has a “next one up” mentality. There are going to be people in their spots, but sometimes you are going to need someone to take a spot. Someone might need to be moved into a new role for a variety of reasons, occasionally out of nowhere. That was the case last week and it seems to be rather telling about a certain star.

Last week, Bayley tore her ACL, putting her out of action for nine months. As a result, a replacement was needed for Bayley’s shot at the SmackDown Women’s Title against Bianca Belair at Money In The Bank. Carmella was given the spot, with the match being moved to the SmackDown before Money In The Bank instead. According to Wrestling Observer Radio, this means WWE is high on Carmella, as she was put into the spot rather than a returning Sasha Banks or anyone else. Carmella has been featured on WWE television in recent weeks and is a SmackDown Women’s Champion.

Carmella is becoming a bigger star. Check out what she has been doing lately: 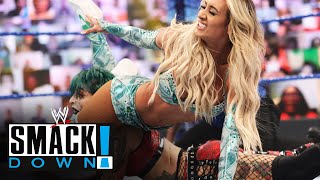 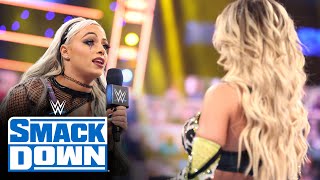 Liv Morgan takes issue with Carmella being named to Money in the Bank: SmackDown, June 25, 2021 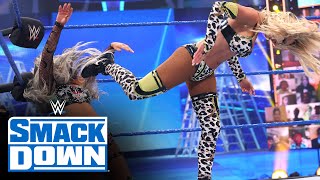 Opinion: It is pretty clear that WWE sees something in Carmella and it is not the worst idea in the world. Carmella has had some success in her career and has gotten better in the ring. That alone is enough to give her a chance, as the division needs some fresh blood at the moment. Hopefully things get a little bit better in a hurry, and maybe Carmella can help make that work.

How can Carmella help the SmackDown women’s division? How has she done so far? Let us know in the comments below.