NXT Being Moved Around Later This Month

Mark your calendars. There have been all kinds of changes taking place throughout the wrestling world over the last year, with some of them being a bit more important than others. Some wrestlers have come and gone and now fans are going to be back for most major promotions by the end of the month. The changes are not done yet though, even if one of them is going to be minor.

According to PWInsider.com, both the July 27 and August 3 episodes of NXT will be broadcast on the SyFy network instead of USA due to USA’s coverage of the Summer Olympics. There is nothing to suggest that Monday Night Raw will be moved due to Olympics coverage. The Olympics are scheduled to run from July 23 until August 8 in Tokyo, Japan.

NXT has been doing fairly well as of late. Check out some of their recent efforts: 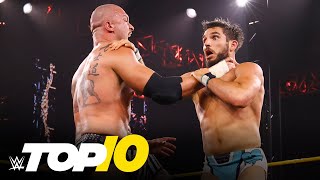 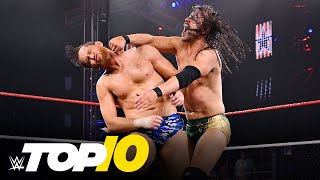 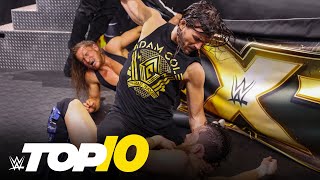 Opinion: This is one of those things that happens every now and then and that’s fine. The numbers will likely take a bit of a hit for a few weeks but it probably won’t make that big of a difference. It is the same thing that happened to AEW Dynamite and it does not mean anything long term. WWE being on the NBC networks alongside the Olympics is a nice thing to be able to say but this is the kind of downgrade that comes with it.

How has NXT been going as of late? Who else should be moved up to the main roster? Let us know in the comments below.