History has been made. There are all kinds of titles in wrestling and it makes sense to have so many. Titles are something that any fan or non-fan can understand because they are a really easy concept to grasp. In addition to regular titles, there are also some unofficial ones, many of which have a history of their own. Another of those had its history advanced this week.

Ricky Starks defeated Brian Cage to become the new FTW Champion during this week’s edition of AEW Dynamite. Starks defeated Cage when the rest of Team Taz turned on Cage, including Powerhouse Hobbs hitting him in the head with the title belt, allowing Starks to hit a spear for the pin. The win ends Cage’s reign at 377 days, after Taz awarded him the title on July 8, 2020.

The FTW (F*** The World) was introduced by Taz in the original ECW in 1998 as an alternate World Title. The title went on to be defended in EC, with Sabu even winning it at one point. Taz would ultimately unify the ECW World and FTW Titles in 1999 before bringing the title back out of retirement in 2020. Starks’ win is only the second time the someone has won the title via in a traditional one on one match with no stipulation.

The FTW Title has been around for a bit. Check out some of its history: 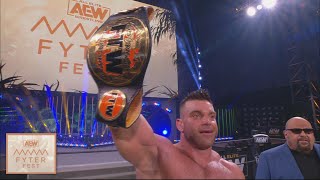 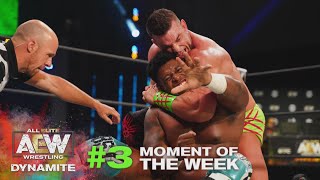 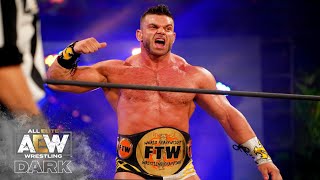 Opinion: This is the kind of thing that made the show feel important, even if the title does not exactly follow its own rules. Starks becoming the new focal point of Team Taz is an interesting way to go and I am curious to see where things are going from here. The title could be a nice upgrade for Starks, who seems to have all of the potential in the world. Cage is going to be fine on his own and this sets things up in a few directions.

What do you think of the change? What is next for both of them? Let us know in the comments below.

NXT Being Moved Around Later This Month 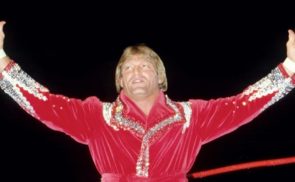