Fare thee well. Commentary is a very important part of any wrestling show as it serves as the fans’ guide to the show. The commentary team tells fans what they need to know and why it is so important. That is a hard task to pull off and some of the teams are quite good at their jobs. Now though, one of those teams will be missing one of its longstanding members.

WWE Hall of Famer has announced that she will be leaving the NXT broadcasting team following this weekend’s WarGames event. Phoenix says that she is leaving the position to spend more time with her family and thanked everyone who helped her during her time on the show. Phoenix began working on the commentary team in 2017 in a part time role before moving into the full time position in 2019.

She has had quite the career. Check out what Phoenix has done throughout her time in NXT: 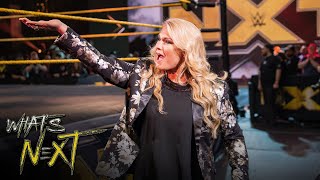 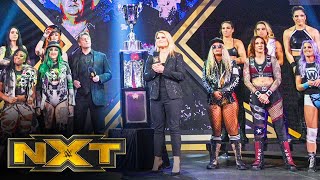 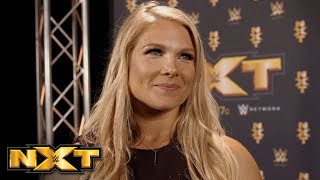 Opinion: I’m not sure what Phoenix is going to do next, but there is going to be speculation over her joining her husband Edge in his new feud with Miz and Maryse. At the same time, there is a chance that she simply wants to be at home more and there is nothing wrong with that. Phoenix is a legend in WWE and could be back in more than one role if she ever wants to return, which is not a bad position to be in.

What did you think of Phoenix’s time in NXT? Will she be added to the Edge vs. Miz/Maryse feud? Let us know in the comments below.