WWE Botches Question On NXT And The Upcoming Draft

They’re safe for now. It’s safe to say that WWE has one of the deepest talent rosters in the world. They have so many people on their main roster that they have had to divide it up into three parts, all of which have their own continuity and history. That isn’t something you see very often and it can offer a lot of different possibilities to a wrestling fan. Sometimes it has to be changed, but one show won’t be having any changes just yet.

Later this week, WWE will be airing the first half of its annual Draft, with the second half taking place the following week. This is a big deal for everyone involved as it can give WWE the jolt in the arm that it needs more often than not. You care going to see wrestlers being swapped between Monday Night Raw and SmackDown, but there is a third WWE roster as well. It might be a little different though.

On Sunday afternoon, WWE sent out a tweet asking fans who should be the #1 pick from each of the three brands in the Draft, with NXT included alongside Monday Night Raw and SmackDown. However, less than an hour later, the tweet had been replaced with NXT having been removed. WWE has yet to officially announce that NXT will be part of the Draft and its status is not clear.

This is going to be a big one. Check out what the Draft can mean:

Opinion: I’m not sure what to make of this, but NXT could use some fresh names on their roster in the near future. With so many people on Monday Night Raw and SmackDown, it would not be insane to imagine someone being sent down to NXT for a bit. It has worked wonders for Finn Balor and Breezango, so why not see what else someone can get out of such a move?

What are you expecting from the Draft? Who should go where? Let us know in the comments below. 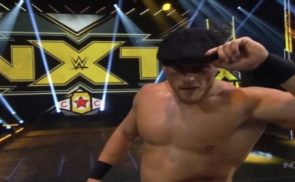