WWE Among Companies Interested In Wrestler Who Took AEW By Storm

You’ll want to get to know him. AEW has shaken up the wrestling world in a good way. After decades of WWE dominating the industry, it is a major change to see someone new making their way onto the big stage. There is another top level company now and that means a new place for a bunch of wrestlers to showcase themselves. That is the case with one name in particular and a lot of people have noticed.

Back in September, a British wrestler named Ben Carter wrestled a handful of matches for AEW, with a pair on Dark and one on Late Night Dynamite. Carter stole the show more than once and had a heck of a match against Scorpio Sky which got a lot of time. Those are the kinds of performances that are going to get a lot of attention and now that is the case from around the wrestling world.

Carter has looked great so far. Check out what he has done in AEW:

Opinion: I’m not surprised by this in the slightest as Carter is quite the star in the making. He got people’s attention in a hurry and that is the kind of thing that you cannot plan. Carter is someone who could be a big star for a long time to come and hopefully he gets to pick from a lot of great offers. Someone is going to get a gem when they sign him up and that’s awesome for everyone involved.

Where do you want Carter to sign? Where will he sign? Let us know in the comments below. 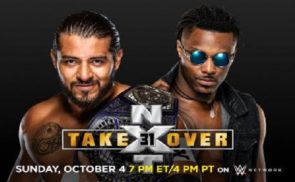