WWE Has Big Plans For An NXT Star

They have good taste. NXT is one of the more unique wrestling promotions in the world as they are not only their own wrestling company but also the official developmental program for WWE. That means their job is to get people ready to move up to the main roster, which can make things all the more complicated for everyone involved. At some point though, you are going to see someone moving up to the main roster, but first of all they need to get noticed. Someone has indeed gotten noticed down in NXT and in a good way.

On Sunday, NXT held its latest Takeover event, which came only six weeks after its predecessor, meaning there was very little time in between shows. NXT was going to need a heck of a performance from a lot of people to make it work, meaning the champions were going to be under the gun in a hurry. That was absolutely the case and one of them certainly got noticed.

According to Wrestling Observer Radio, Damian Priest’s match against Johnny Gargano at Takeover: 31 was designed to get Priest over as a major player and is considered to have been a success. Priest is seen to be a potential star and Gargano was placed with him in an effort to help elevate Priest in a loss. WWE is impressed with Priest’s look and athleticism and want to give him a major push.

They did well on Sunday. Check out how the match went down:

Opinion: This is one of those ideas that seems like a layup and WWE is finally capitalizing on it. Priest is big, has a good look and sounds like a star. They have already done the right thing by making him the North American Champion and now the question is how far he can take things. That is a good question to be answered and if they handle things right, they have a breakout star on their hands.

What do you think of Priest? How big can he be in NXT and beyond? Let us know in the comments below.

Main Event Set For Hell In A Cell 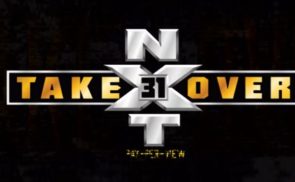 NXT Did Something Pretty Weird At Takeover: 31