NXT Did Something Pretty Weird At Takeover: 31

Call them warm bodies? A commentary team is one of the most important parts of any wrestling show. You need the right people calling the show to point the fans in the right direction and convey the messages and stories that the company is pushing. This is easier said than done and the wrong team can make things all the more complicated. That was kind of the case on Sunday, at least in person.

NXT is in a strange place at the moment as their three person commentary booth is not only changing due to some new members, but those members are rarely always in the same place. Beth Phoenix has been doing commentary from her home in North Carolina due to Coronavirus scares and Wade Barrett has not been present for some of the recent shows. However, NXT had a solution on Sunday, though it was a completely bizarre one.

According to the Local Competitor Twitter account, which identifies non-contracted wrestlers who appear as extras on wrestling shows, NXT used two stand-ins for Phoenix and Barrett on commentary. Instead, the seats were filled by Kaci Lennox and Kai Douglas, with Vic Joseph calling the show in person as usual. There is no word on why WWE added the extras to the show.

At @WWENXT Takeover 31: Who watched the show from the commentary desk with Vic Joseph @VicJosephWWE? Kaci Lennox @MissKaciLennox & Kai Douglas @KaiDouglas19 were the ones who had the best seats at Takeover 31. #WWE #NXT #NXTTakeOver #WWENetwork pic.twitter.com/lT7KFVU4Up

They had good seats to a heck of a show. Check out what they got to see:

Opinion: I could really go for an explanation of why WWE felt this was necessary, but more importantly, this makes me feel a lot better. More than once during the show, I saw Lennox on commentary and was trying to figure out who she is. She looks nothing like Phoenix but Phoenix was on commentary anyway, making this to be quite the odd moment. I’m not sure what the point of this was, but at least things have been cleared up a bit.

What do you think of the move? Should WWE do this again? Let us know in the comments below.

WWE Has Big Plans For An NXT Star 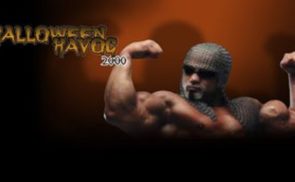 REVIEW: Halloween Havoc 2000: The Scary One