That’s a different way to go for WWE. Celebrities have been a part of wrestling for generations now and they are going to be around for a long time to come. With so many celebrities out there willing to do something with wrestling companies, it makes sense to put them on television when possible. Some of these names are going to get more exposure than others, and one of them is going to get some extra attention.

There may never have been a bigger time in wrestling than the Attitude Era. While there were so many big moments in WWE, there was another huge company going at the same time. WCW was the biggest wrestling company in the world at one point and it had its own celebrity presence at the same time. One of their biggest celebrities is going to get some attention from WWE.

WWE.com has announced a new documentary on NBA legend Dennis Rodman, who wrestled a handful of matches for WCW in the late 1990s. The documentary will be part of the Untold series and focus on the main event of Bash at the Beach 1998 with Rodman teaming up with Hollywood Hogan against Diamond Dallas Page and NBA legend Karl Malone. Rodman, Hogan and Eric Bischoff have recorded new interviews for the documentary. It will debut on March 22 on 10am on the WWE Network.

It was a big match. Check out what started all this:

Opinion: This is the kind of thing that fits in well with the Untold series and it is likely to draw in an audience of fans from the era. It was a big deal at the time as the NBA was on fire and Malone and Rodman already had a bit of a feud from their basketball days. Hopefully we can get more things like this as it sounds like something that could be rather interesting.

Will you be watching this show? What else would you like to see discussed? Let us know in the comments below. 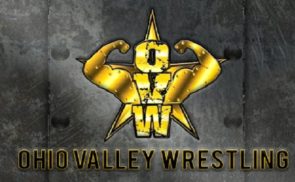