It’s a little bit easier now. Wrestling has changed dramatically in the last few years, with a never before seen ability for wrestling companies to showcase themselves. The rise of the internet has knocked out a lot of the need for television to make wrestling shows available to the masses, but TV is still the big deal that wrestling companies strive for. Now another one is getting their chance.

There have been a lot of smaller promotions throughout the history of wrestling and some of them are more well known than others. The best way for a promotion to get their name out there is to have one of their homegrown talents make it to the next level. If several of them have made it to the big time, it makes things even easier. That’s why the latest TV deal isn’t shocking.

You might not be familiar with the company. Check out a bit of Ohio Valley Wrestling.

Opinion: I’m not sure how big of a deal Ohio Valley Wrestling is going to be these days but it’s nice to see it getting a chance to move up like this. Any deal that involves a way to get wrestling on more TVs is a good thing and hopefully this leads to some growth for the company. Getting to do something more like this is a positive thing and if it helps the wrestling world, so be it.

Will you watch the new show? What is your favorite smaller wrestling promotion? Let us know in the comments below. 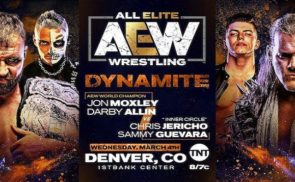