It’s one of the biggest honors there is in WWE. Wrestling is built around titles, but with so many of them, they may not have quite the same impact that they had before. It’s almost harder to not win a title than it is to win one these days, but there are other accolades to win. One of the biggest around today is a career achievement, and we now know someone else who will be receiving such a thing.

We are in the middle of the build towards WrestleMania 36 and that means a lot of things are going on at once. This includes the announcements of the WWE Hall of Fame Class of 2020, which is quite the honor. I know there are some questionable members of the Hall of Fame but at the same time, it still feels like a big deal for the wrestlers involved. Now, another one will be receiving that honor.

This week on WWE Backstage, John Bradshaw Layfield was announced as the newest entrant into the WWE Hall of Fame Class of 2020. Layfield is a former WWE Champion and has held almost every championship WWE had to offer. He went on to two different stints as a color commentator for WWE, and still makes occasional appearances at major pay per view events. Layfield joins the Bella Twins, the NWO and Batista as part of the class.

Layfield has a heck of a history with the company. Check out some of his moments in WWE:

Opinion: I know a lot of fans aren’t exactly big on Layfield but really, this is long overdue. Layfield won everything there was to win in WWE and had a long career in the company. Let him go into the Hall of Fame and have the big moment. It’s not like he’s some ridiculous choice and hearing road stories about he and Ron Simmons could be worth the time to watch the show alone.

Do you agree with Layfield going in? Who do you want to induct him? Let us know in the comments below. 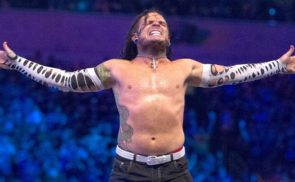