They’re just like wrestlers. WWE is in a bit of a panic at the moment as they have lost a significant amount of income due to the spread of the Coronavirus. The lack of live wrestling and television audiences going down have caused the company to lose a good bit of revenue. That means cuts need to be made to balance things out and those have come in abundance, with even more being added.

Wednesday has become WWE’s spring cleaning day with ten wrestlers already being let go from the company. This comes only a few hours after a conference call with Vince McMahon announcing that cuts would be coming, with wrestlers being told of their releases via text messages. It turns out that wrestlers are not the only people being released, as another side of the company has undergone cuts of their own.

According to PWInsider.com, WWE has released or furloughed nine producers:

Producers are the people who help wrestlers put matches together and are often former wrestlers in their own right. Several of these producers have only been on the job for less than a year. There is no word on which have been outright released and which have just been furloughed.

These are some talented wrestlers in their own right. Check out their time in the ring:

Opinion: Dang these things are coming as fast as you can keep track of them. WWE had to do something like this to slow down their losses and cutting a lot of names makes sense. Having these producers furloughed isn’t the worst thing in the world but I’m not sure what some of them are going to do if they are released. This was going to happen sooner or later, but it doesn’t make things any easier.

Who else do you expect to see released? Which name surprises you the most? Let us know in the comments below. 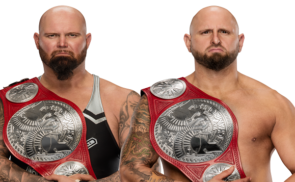 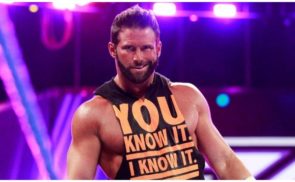