They found a way. We are in unprecedented times due to the spread of the Coronavirus. Almost everything has been turned upside down and that includes the wrestling industry. It is not clear how anything is going to go at the moment, but some wrestling companies have found ways to keep going. That might not include with fans in front of them, but they have an idea and it will be on display again soon.

AEW and WWE have been getting most of the attention over the last few weeks and rightfully so. They are the biggest wrestling promotions in the country and WWE held WrestleMania 36 earlier this month. However, they are not the only big companies going at the moment and one of the others is going to try and run one of their major events as a special show.

Impact Wrestling has announced that their Rebellion pay per view, originally scheduled for Sunday April 19 in New York City, will instead be airing as a two week special event on AXS TV. The show will be taped on a closed set with no fans in attendance. This is part of a marathon taping session taking place in Nashville, Tennessee which will give Impact Wrestling several weeks of television.

Rebellion is going to be a big deal. Check out some of the build towards the show:

Opinion: I’m rather pleased with this as Impact has done a good job of making me want to see Rebellion. Putting it on free television is one of the best things that they could do for the fans, though I’m not sure what it does for their financial status. At least the shows should be getting a nice rating as a result, which is a lot better than most shows tend to go.

Does the card look good to you? How do you see it going? Let us know in the comments below. 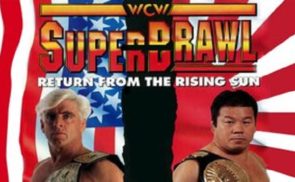 REVIEW: SuperBrawl 1991: The Trio Of Terrible