WRESTLING RUMORS: Rey Mysterio Out Of Action With An Injury

That could be worse. There are all kinds of injuries a wrestler can suffer and some of them are very different than others. You never know when someone is going to go out of action out of nowhere and the amount of time they are going to be on the shelf can vary greatly. Now we know about another WWE star who is on the injured list, but it might not be as bad as it seems.

IN CASE YOU MISSED IT: Ouch: SmackDown Star Out Of Action Three Months Following Surgery

According to Ringside News, Rey Mysterio was in a walking boot backstage at this week’s SmackDown. The specifics of Mysterio’s injury are not clear but it is described as short term. There is no word on when he will be back in the ring or when the injury originally took place. Mysterio last wrestled in a six man tag in Mexico City at a WWE live event on October 30.

A healthy Mysterio is still pretty awesome. Check out what he can do in the ring: 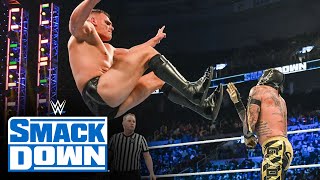 Opinion: That’s never good to hear as Mysterio is still one of the best stars around, but there is only so much he can do when he is on the injured list. Mysterio does have a long history of injuries and they seem to happen on a fairly regular basis. Hopefully he can be back in the ring sooner than later, as he probably does not have much time left in the ring and it would be a shame for a lot of it to be spent on the injured list.

What do you think of Mysterio? Who do you want to see him face when he gets back? Let us know in the comments below. 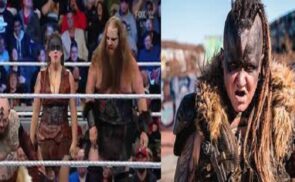