They do look similar. The look is one of the most important concepts in all of wrestling. A wrestler needs to do something to catch your attention and looking a certain way is often near the top of the list. This could be in the form of a costume or something to make your face stand out and there are limitless possibilities. Now though, a WWE star is being accused of ripping off another look.

IN CASE YOU MISSED IT:

Sarah Logan made her return to WWE this week on SmackDown, along with the Viking Raiders. Logan laid out Zelina Vega and B Fab before posing with the team. She was also sporting a new look, which included having the top half of her face painted. Fans are now calling out Logan for copying the look of independent wrestler Max The Impaler, who uses a similar look. Logan has not yet commented on the accusations.

Look, I absolutely love Sarah Logan but her new look makes me think of if you wanted Max the Impaler but instead you got the Wish version. pic.twitter.com/sEBiwPeGu2

Why did Sarah Logan completely rip off Max The Impaler? pic.twitter.com/aP63x1v94K

Mom: We got Max The Impaler at home!

Max The Impaler at home: pic.twitter.com/5DIuX7ioBx

Follow and watch Max’s matches if you are not familiar! #SmackDown pic.twitter.com/O9ERMi8x7Q

It was an impressive return. Check out Logan and the Raiders cleaning house: 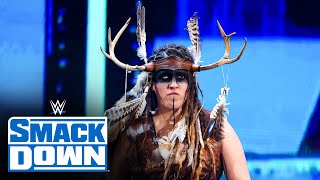 Opinion: This is a weird situation, as there are definitely similarities between the two looks. There is no way of knowing if Logan ripped off the look, but it is one of those situations where they are similar enough that it is hard to believe it wasn’t at least an influence. Hopefully this doesn’t lead to any problems for either of them, though it is likely that Logan is going to be the only one receiving nearly as much attention.

Do you think Logan ripped off the look? How well will Logan do in her WWE return? Let us know in the comments below. 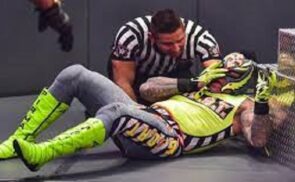 WRESTLING RUMORS: Rey Mysterio Out Of Action With An Injury