WRESTLING RUMORS: Elias Was Almost Brought Back Like Randy Savage

That could be a different way to go. The right character can be everything for a wrestler, but the wrong one can be much worse. If something doesn’t click, it can drag a talented wrestler down in a hurry. It can take a lot of tries to make it work right and sometimes you don’t see everything that a wrestler tries. That is the case again, but what might have been sounds fascinating.

According to the WrestleVotes Twitter account, WWE had no long term plans for Elias’ segments in a graveyard and merely wanted to find a way to get rid of his previous character. WWE’s next idea for him would see him with colorful trunks but Vince McMahon felt that it was too similar to Randy Savage and dropped it. There is no word on what WWE plans to do with Elias or when he will be returning to television.

Interesting note on Elias, source states they had no end plan for graveyard vignettes. Just shot them to kill off the “music” gimmick. His initial rebranding weeks back looked to similar to Randy Savage w/ colorful trunks & beard so Vince & co didn’t like it. Back to square 1.

Elias has a nice history in WWE. Check out what he has done there: 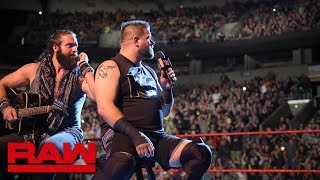 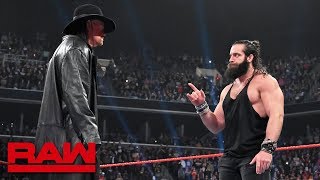 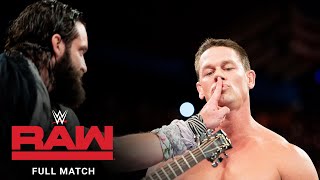 Opinion: I’m not sure what WWE has in mind for Elias but I would hope that they can come up with something. He has been gone for a few months now and that is about the right time to have people forget that he is around while also allowing him to still make an impact with a return. Now just come up with something a little better for him and Elias should be back in business.

What do you think of Elias? How would you bring him back? Let us know in the comments below.

Two Soon To Be Free Agents Backstage At AEW Dynamite